Continuing with the earlier post on Hijaz Railway, today I will share the next best thing at Mada'in Saleh. It is an archaeological site located in the Al-Ula sector, which is in the Al Madinah Region. It is roughly 400 km from Yanbu Al Bahr and can be reached in 3 to 4 hours. This location was the settlement of the people of the Nabataean kingdom during the 1st century AD and is extended from its capital Petra in Jordan. 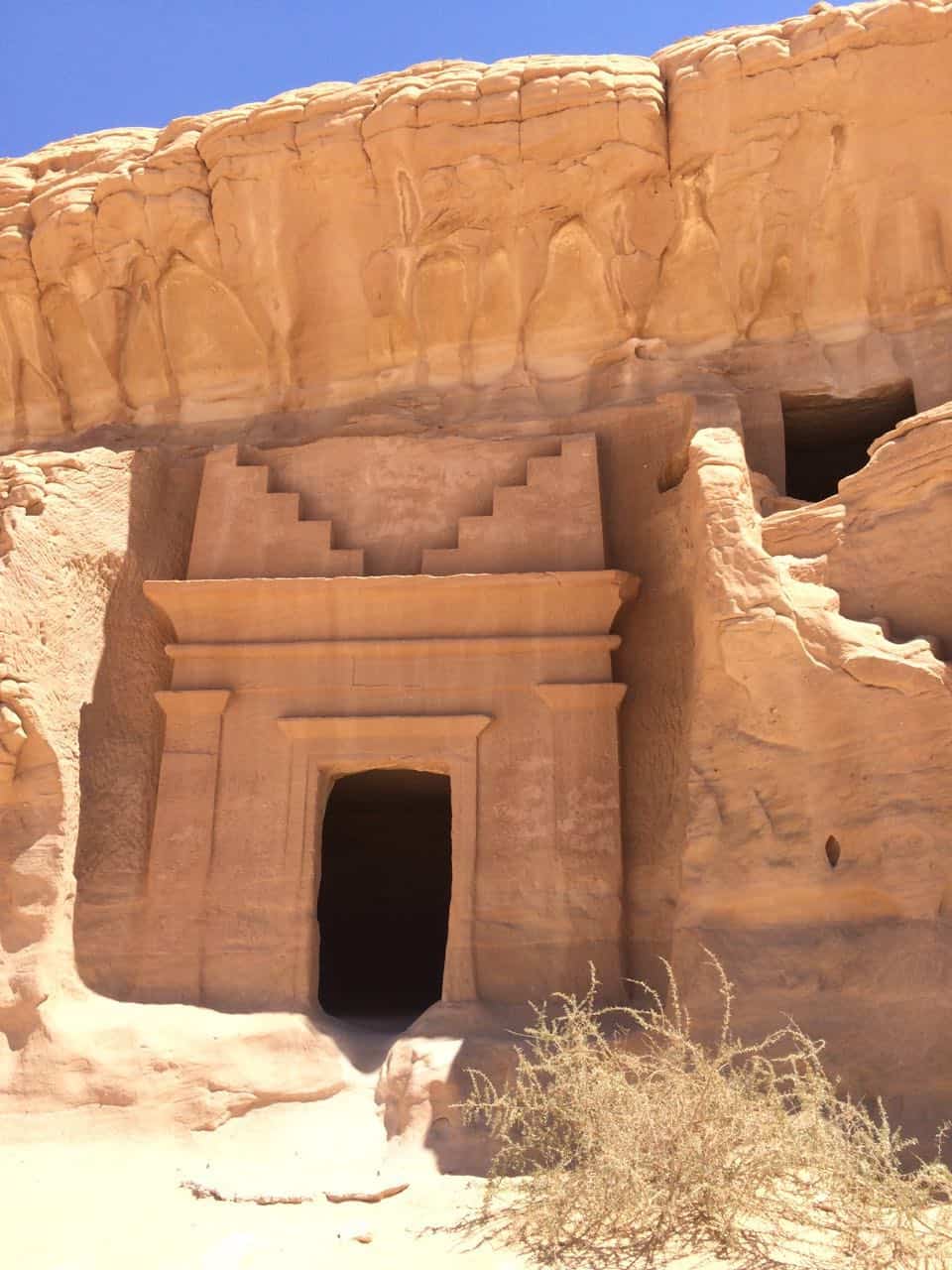 Like I mentioned before, you will know you reached the Stoneland as the land has acres of scattered rocks with the same pattern like waves carved around each rock. As we left in haste I had no prior reading or knowledge of the place so it really astonished me when I got to know that this place had been referenced in The Qur’an. As per the wiki, according to the Islamic text, the Thamudis, who carved out homes in the mountains, were punished by Allah for their practice of idol worship, being struck by an earthquake and lightning blasts. Thus, the site has earned a reputation as a cursed place — an image that the national government is attempting to overcome as it seeks to develop Mada'in Saleh for its tourism potential.

The most famous and the most photographed tomb here is this loner called Qasr al-Farid. 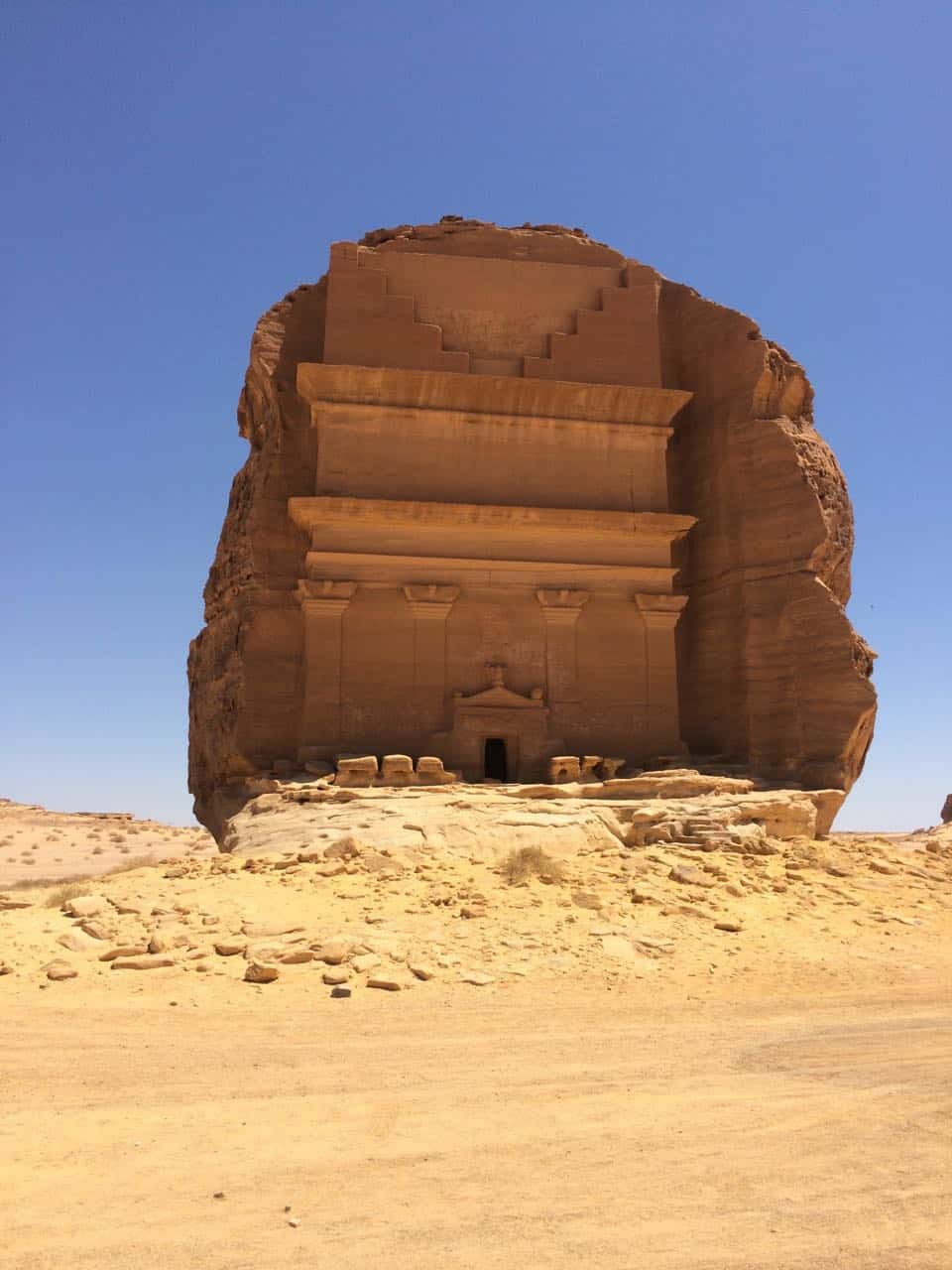 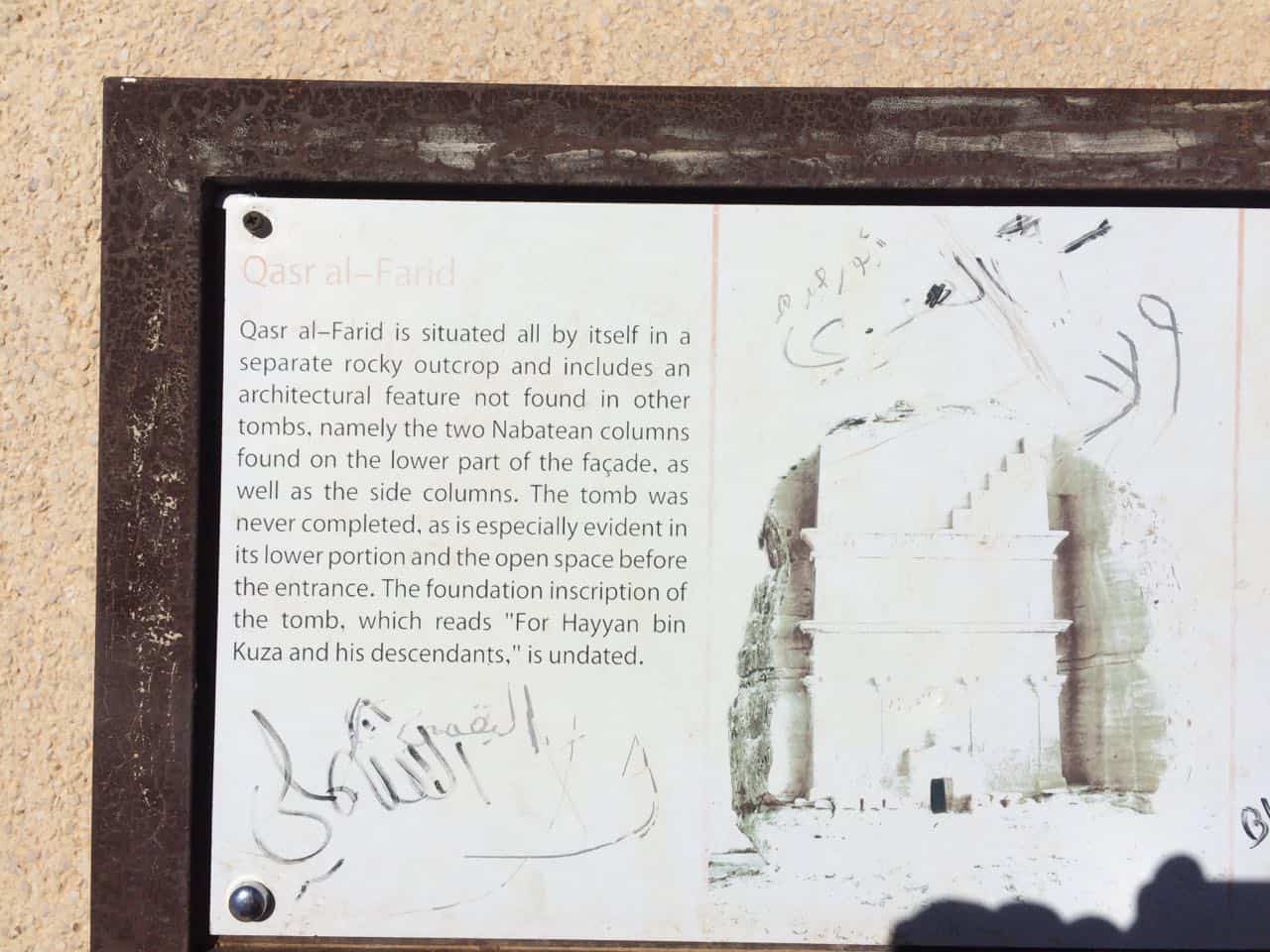 Despite it being a cursed place, the site is well maintained and in 2008 UNESCO proclaimed Mada'in Saleh as Saudi Arabia's first World Heritage Site. It was chosen for its well-preserved remains from late antiquity, especially the 131 rock-cut monumental tombs, with their elaborately ornamented façades, of the Nabataean kingdom.- wiki 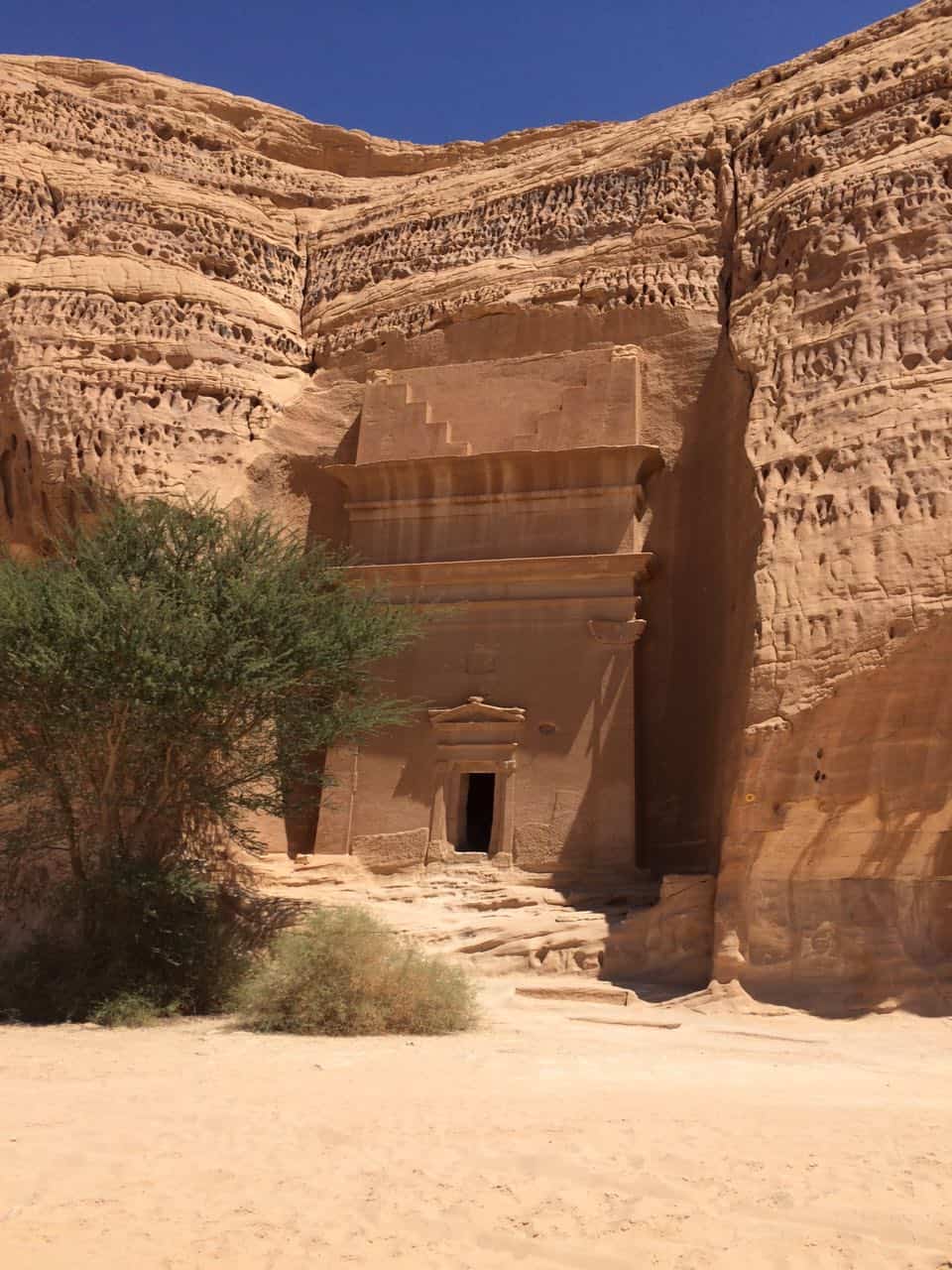 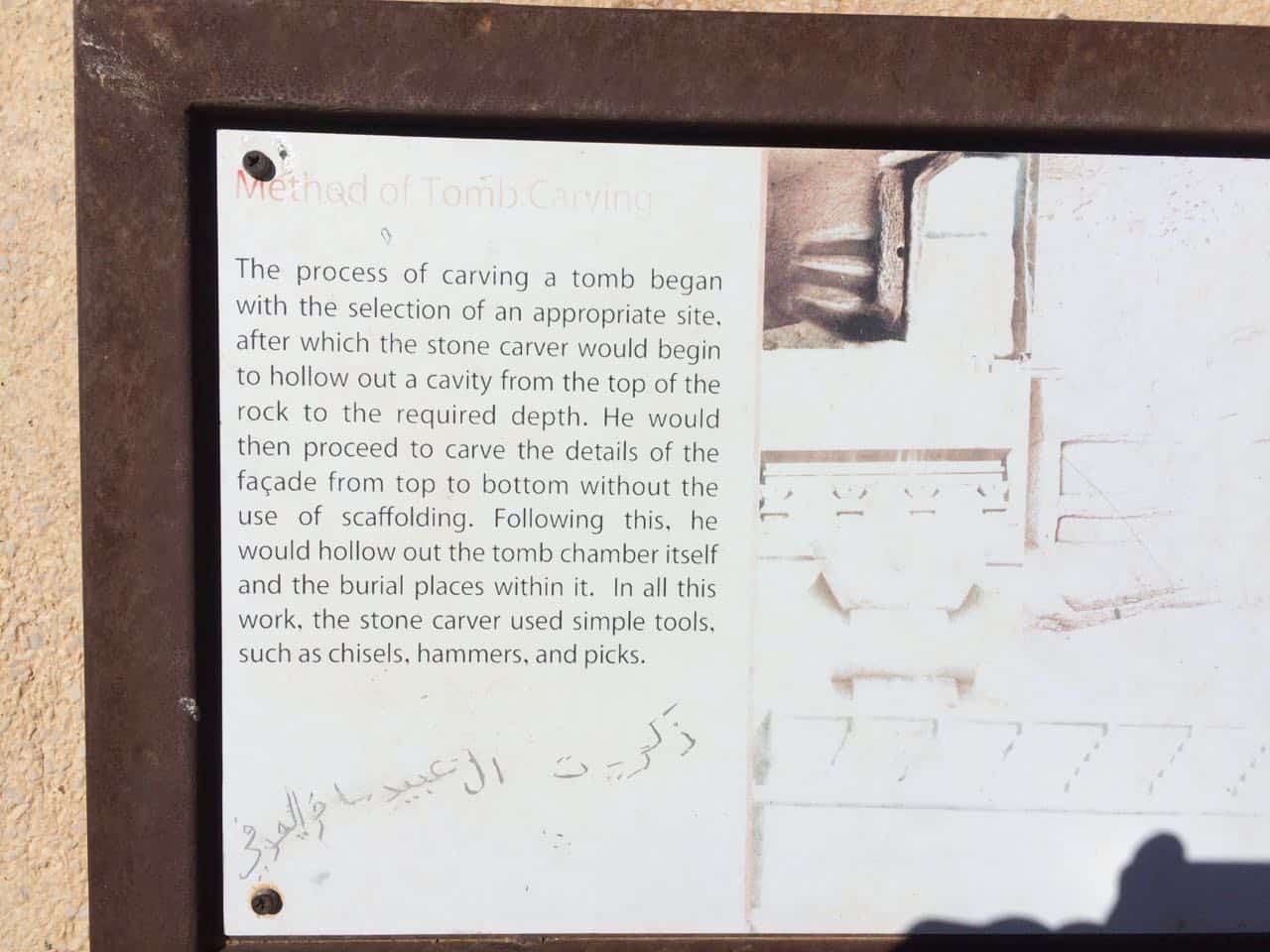 As I walked around the loose sand ground that filled my shoes, I was in awe imagining how the people at that early time carved on such huge rocks without any modern safety equipment! How did they live, cook, work, communicate, etc. and immediately shifted my thoughts 1000 years from now when we would be the case of scrutiny 😀 Well, history keeps happening and these remain that talk to us. 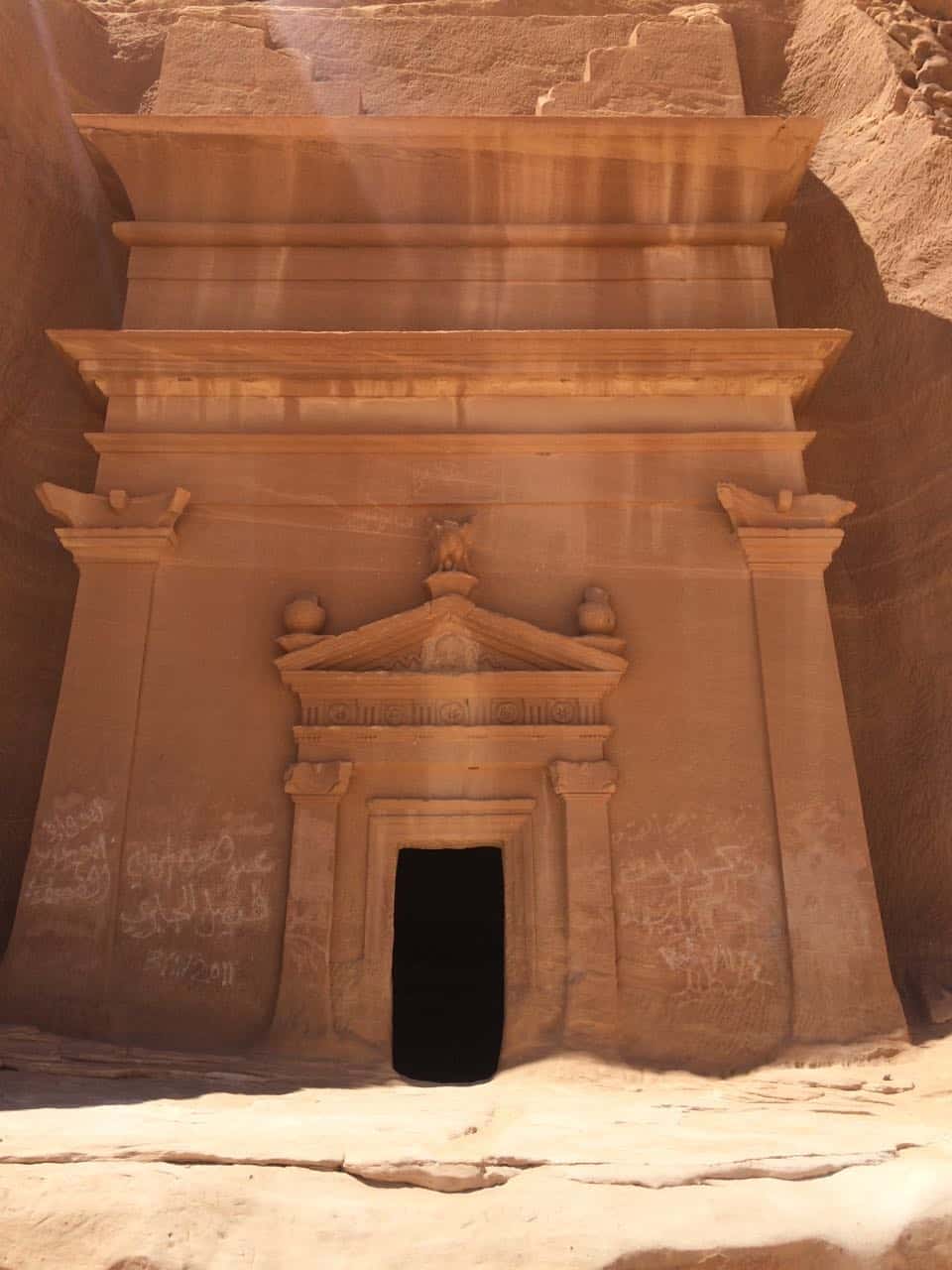 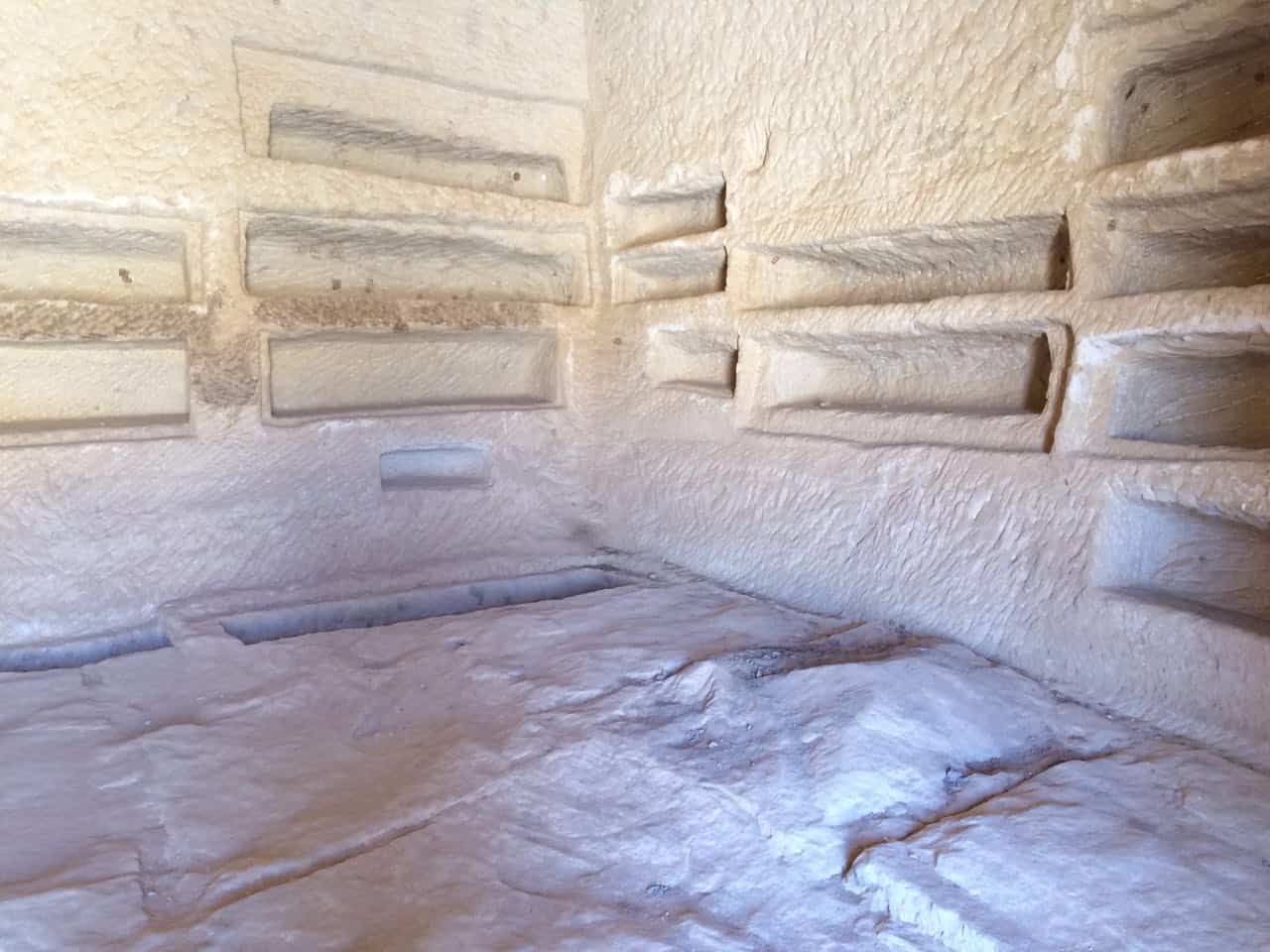 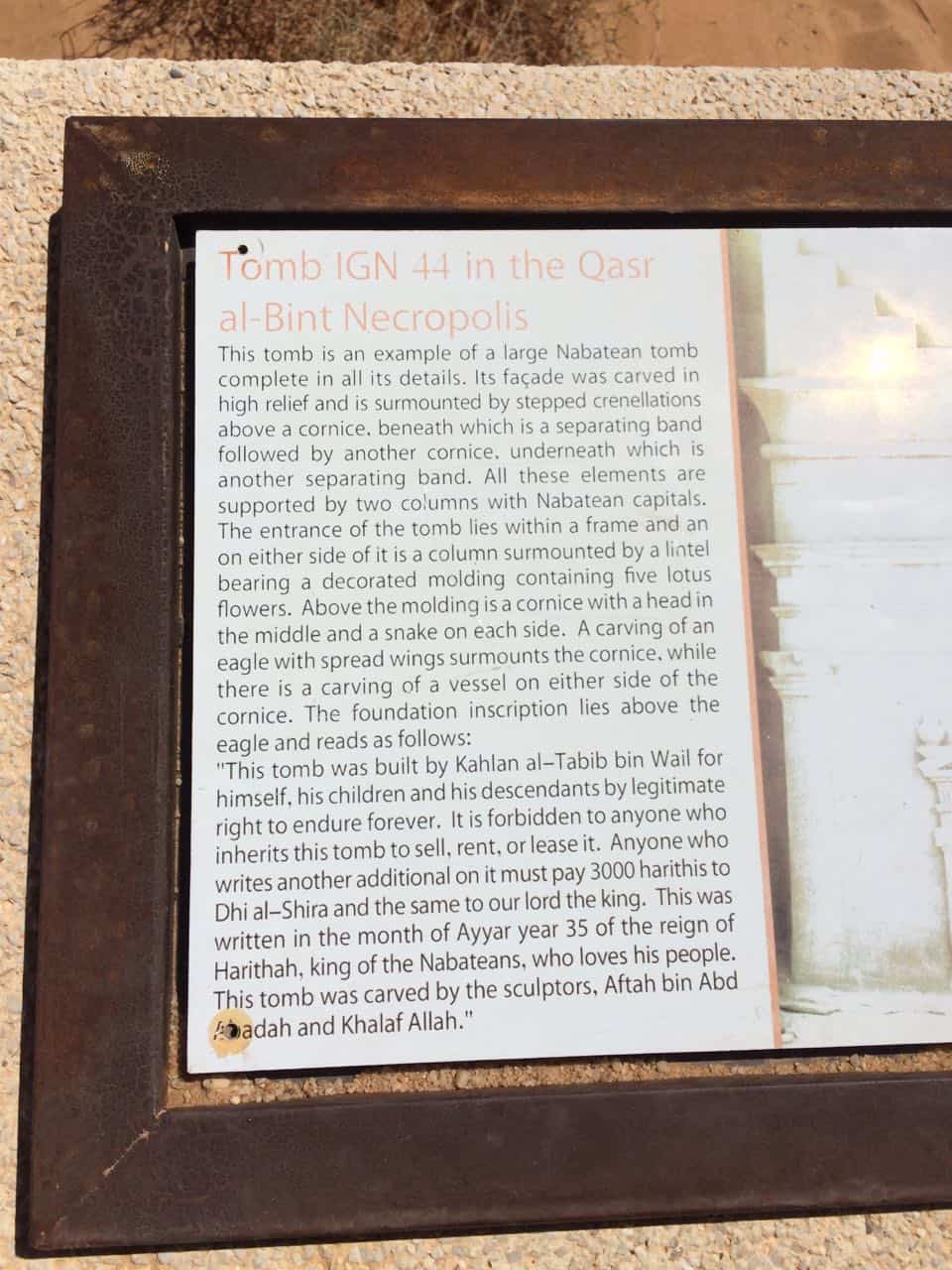 This site is full of big and small tombs of royal and not-so-royal families of Nabataean. The outside splendour will leave you speechless but once you enter a tomb you will see the stark truth of death. At first, I didn't think all of the places there were tombs. I thought it was one and the rest are houses with shelves! really I was so stupid! They were burial spots on the walls for the rest of the family members too. 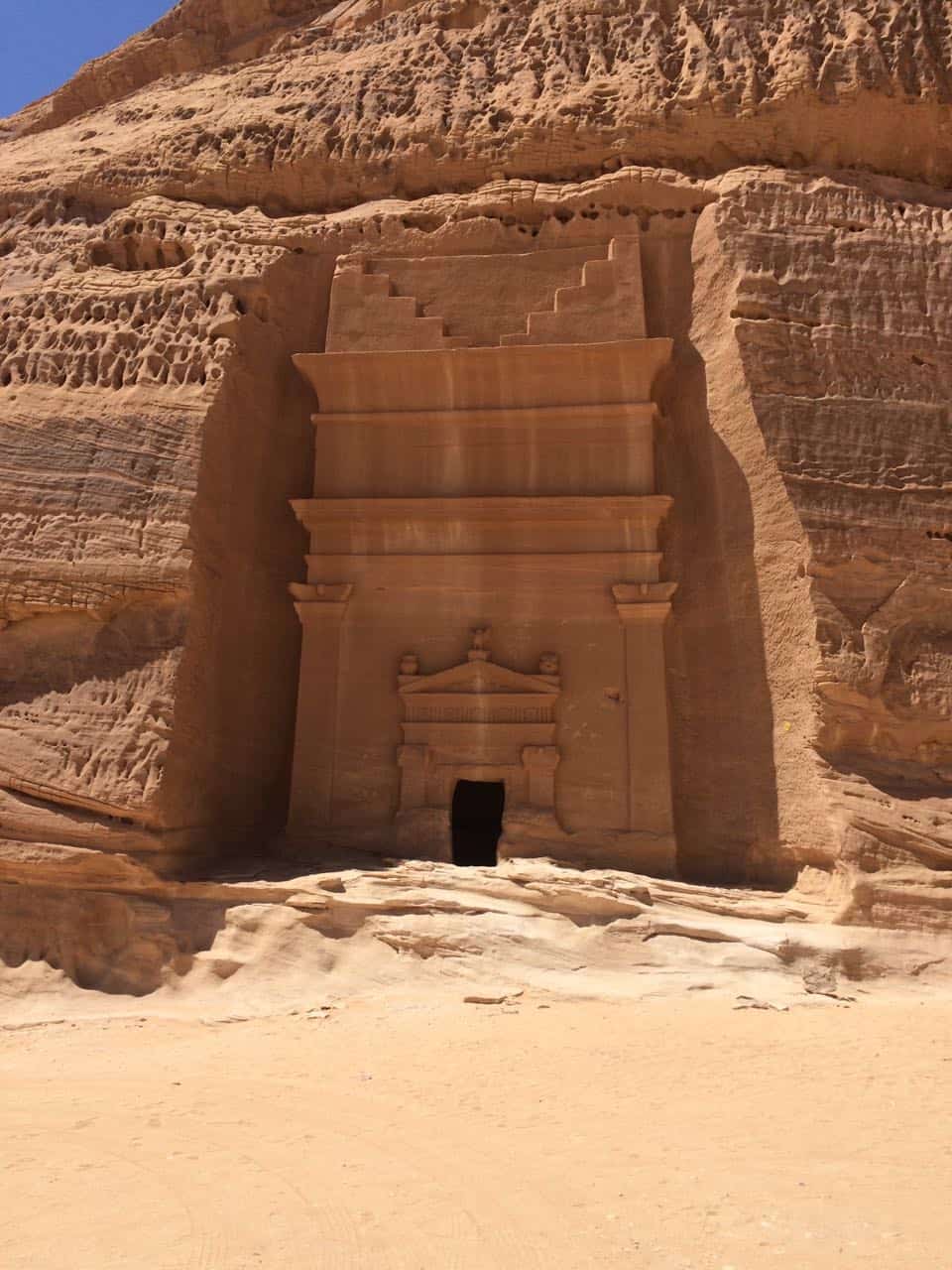 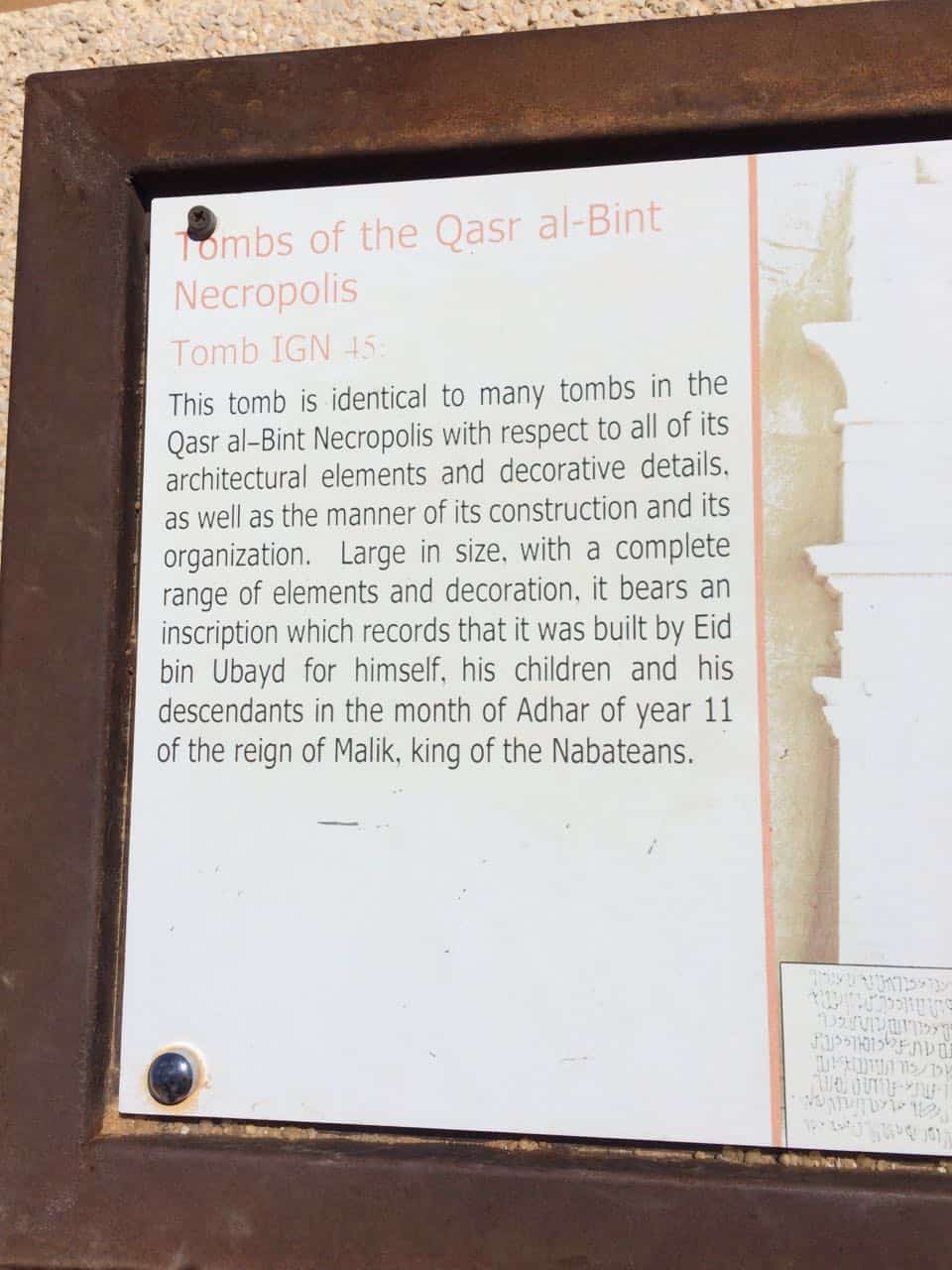 You are on your own and there is no supervisor or guide or even caretaker near the location. These information placards that were mounted in front of a few specific tombs were the only insight into what we were looking at. Yet, I am glad it is maintained far better than I expected. I did notice that even here, like in India some idiots have scribbled to leave their mark I suppose. What do they get by doing that?? 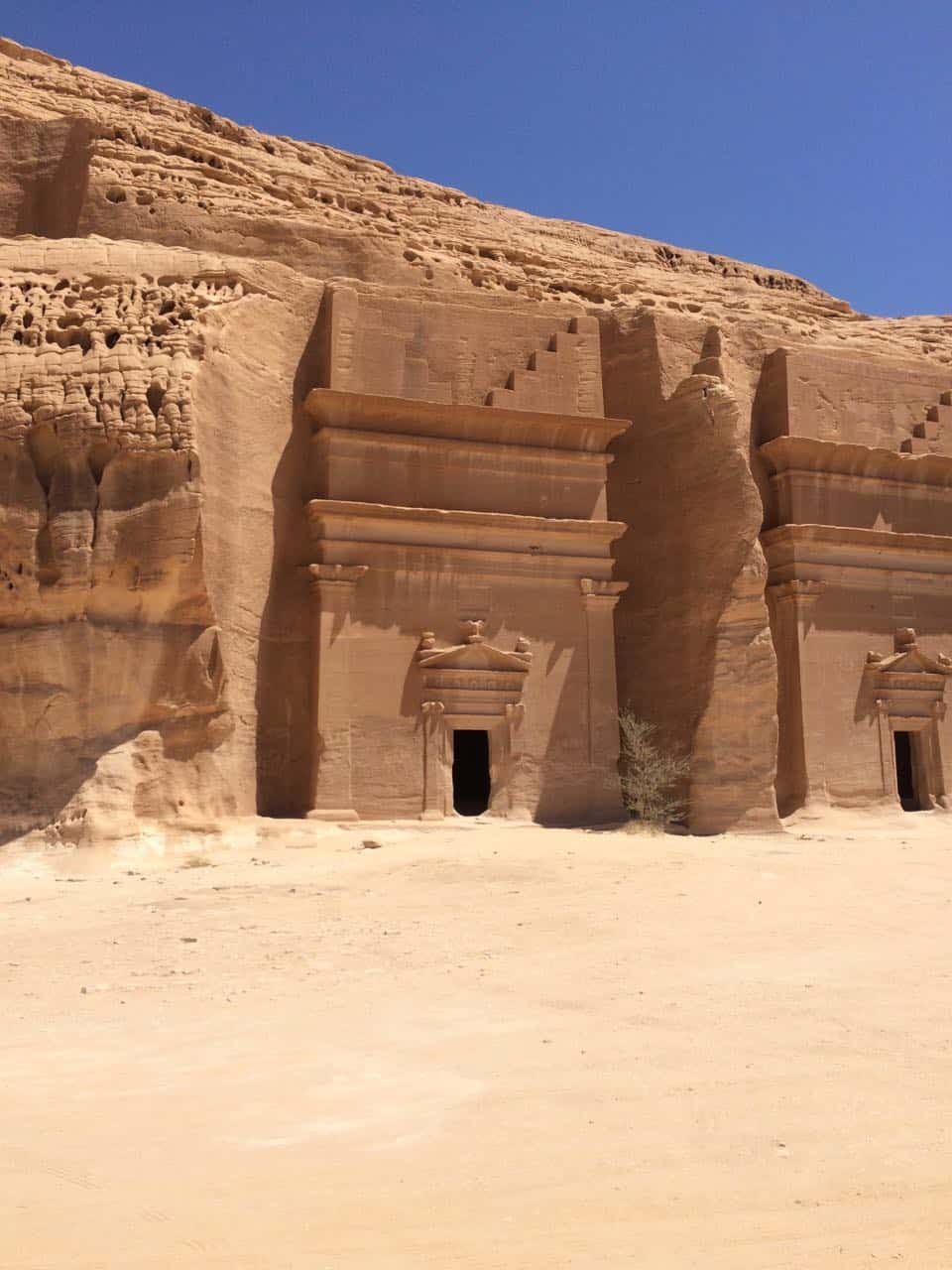 There were also mentions about Nabataean's excellent water storage system using artificial wells and agriculture techniques that brought them wealth and became a buzzing city. 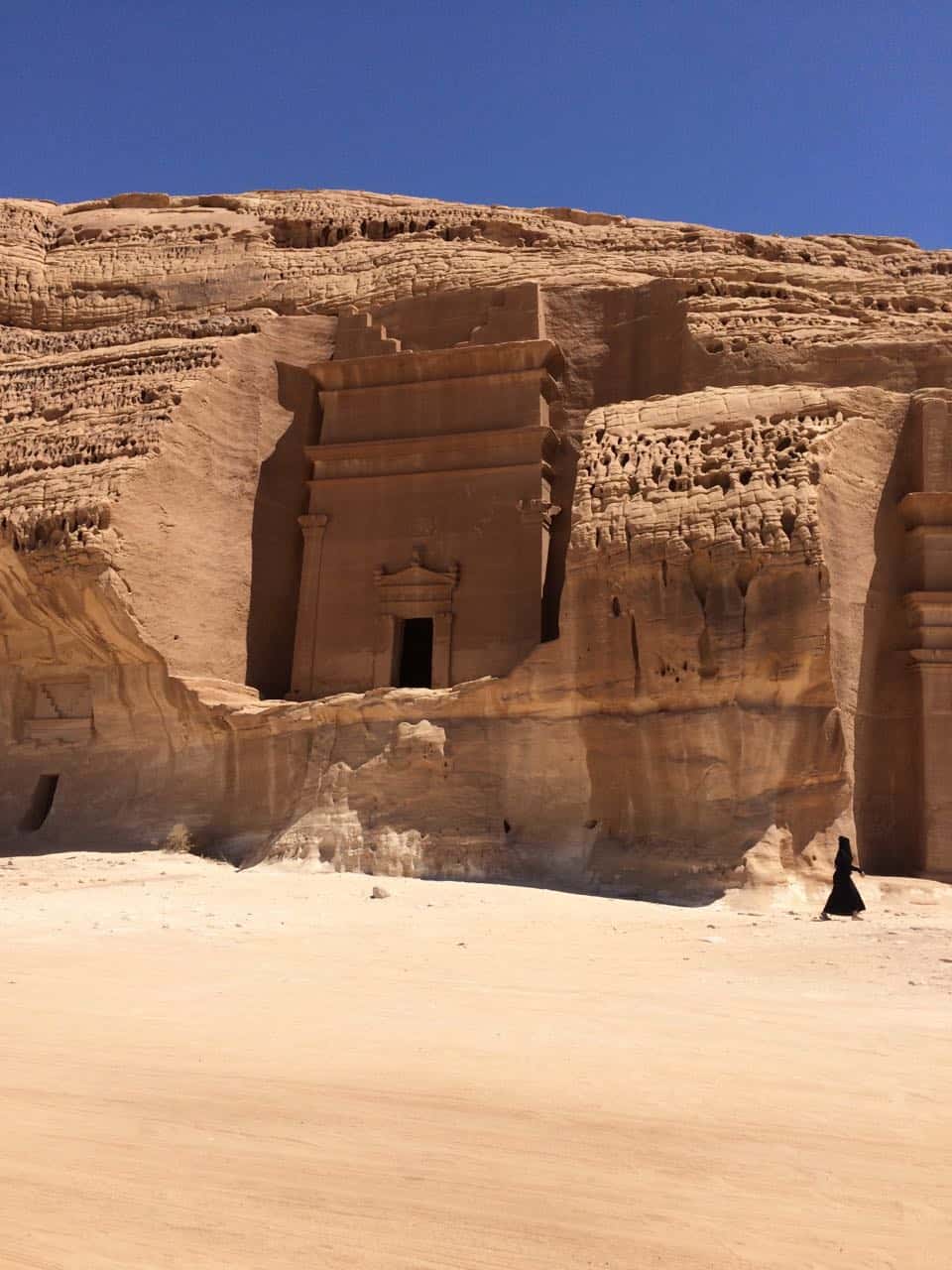 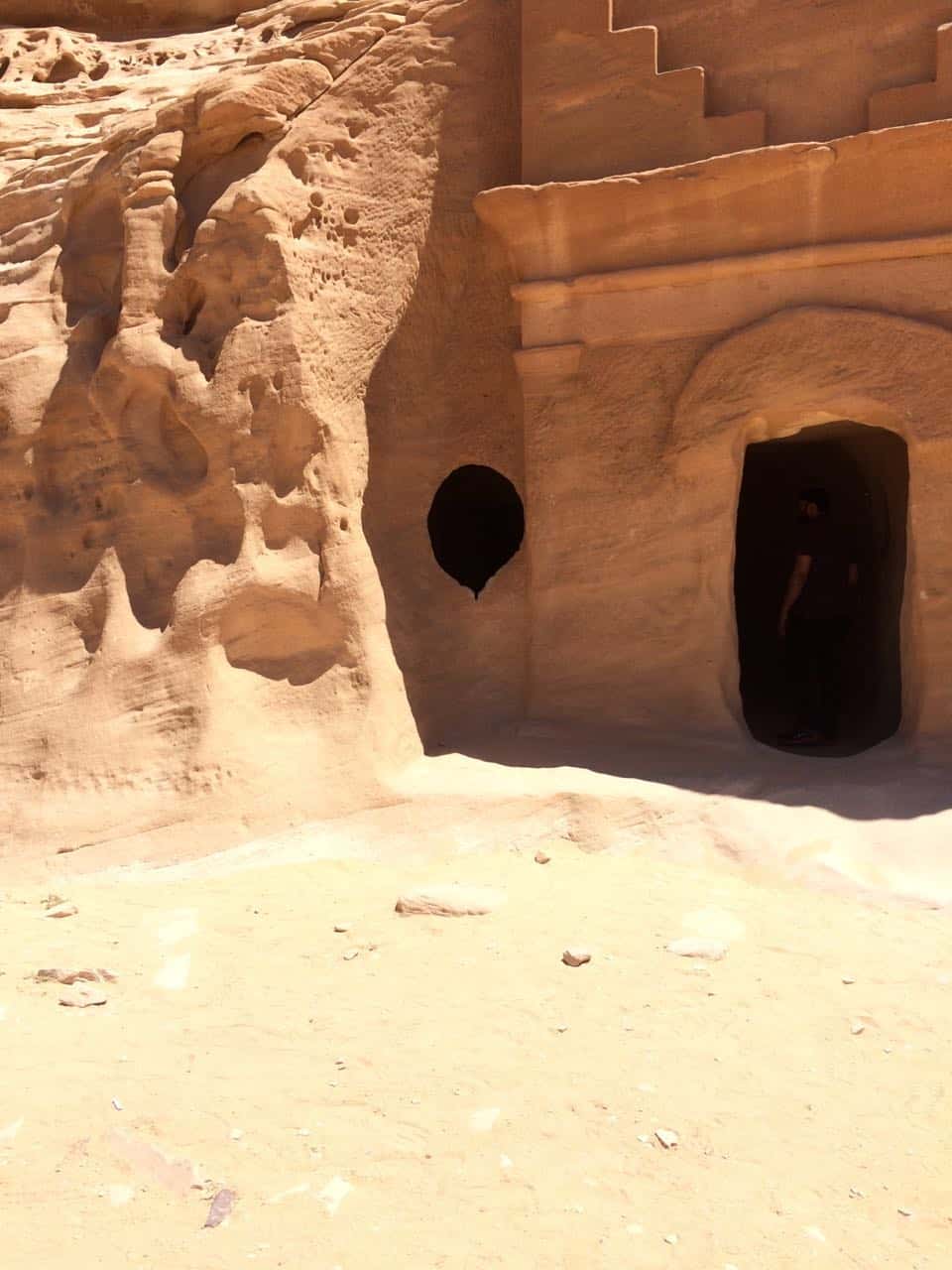 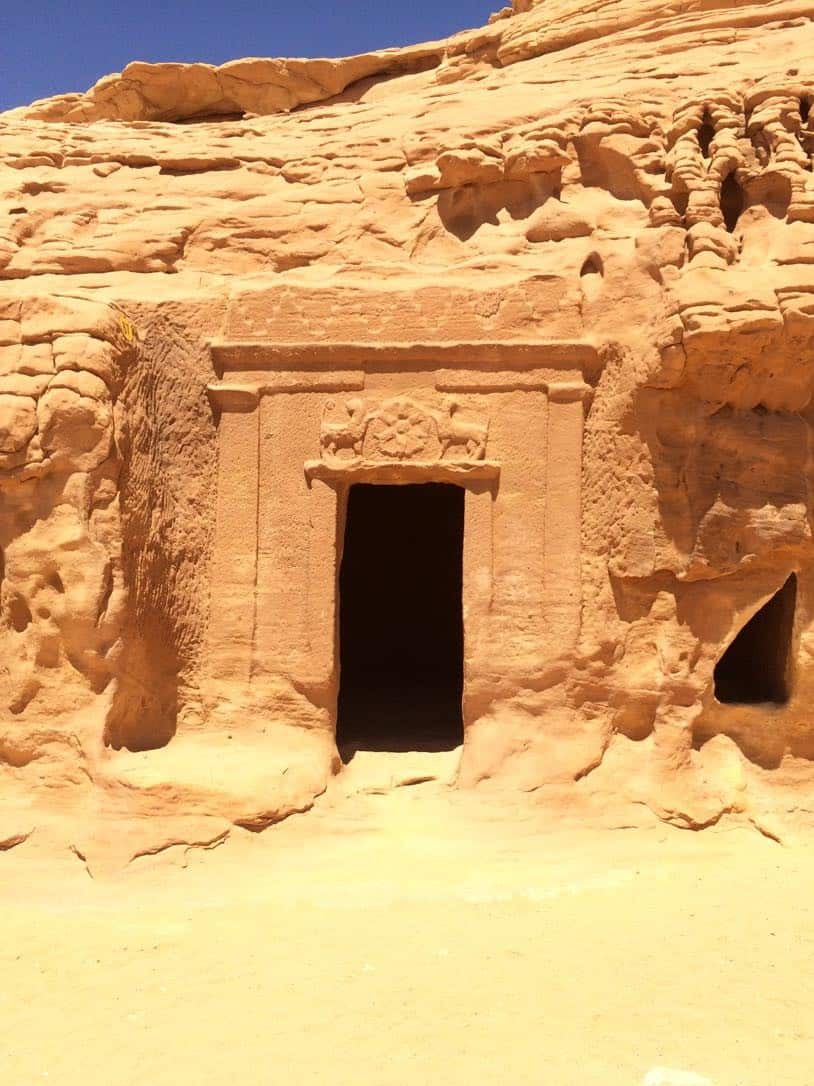 We were walking around in peak afternoon,  and yet it was pleasant weather even though it was sunny. There are no food stalls or even water stations around this place. So carry your own for emergencies. I saw just another couple of cars during our time and so it is not crowded which gives us the liberty to stay and take a look at everything there. we chose to leave early as we had to drive back to Yanbu and EAT!

None of the pictures here is edited or modified. I really thought I will have lots to share, but with time I have forgotten some details 🙁 However, the good news is there are a few websites dedicated to this place apart from Wiki. If you are interested you can read more from them.