Unlike the title, this post to me is more about the "just-us" time I had with my mom in her City. Tellicherry (Thalassery) is a city in Kannur which is a district in the state of Kerala in India.

Our family used to visit Thalassery every summer during our school life to meet cousins and grandparents and gradually as we grew up the visits were reduced to once a year. And in all these years, I have hardly known its tourist attractions other than its Dum Biriyani and Falooda. No summer vacation was complete without visiting the Kwality ice cream parlour in the city for its ever-popular Falooda. 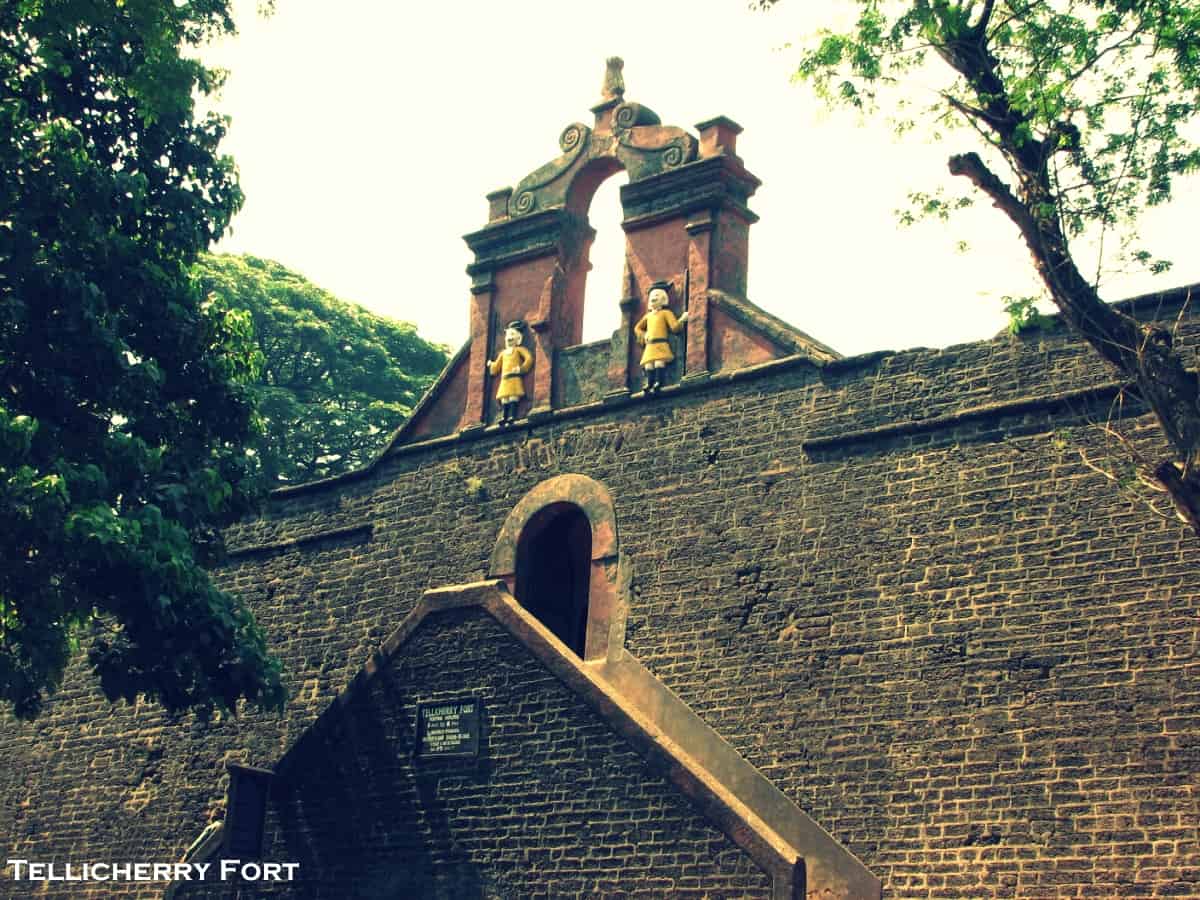 Once in a while, mom and I live in our ancestral home and we step out to the city for shopping. I have commuted through the roads several times but never really stopped to take in my surroundings. I saw a huge crowd when we were stuck in traffic which I was told is a tourist crowd to watch the Fort. My mom explained that it was an old fort and she had visited it during her school days as part of the school field trip. It never crossed my mind to take some time to walk in there. I love to visit historical monuments - it never stops amazing me and how did I miss this I guess what's at reach is never valued. She said we should go into it one of the days. Can you believe that that day was the very next day!

The British East India Company built the fort in 1708 to establish a stronghold on the Malabar Coast. In 1781 Hyder Ali, ruler of the Kingdom of Mysore was unsuccessful in capturing the Fort in his campaign to control Malabar. His successor, Tipu Sultan, was forced to cede Malabar District to the British in 1792, after the Third Anglo-Maratha War. The square fort, with its massive walls, strong flanking bastions, secret tunnels to the sea and intricately carved huge doors, is an imposing structure. The fort was once the nucleus of Thalassery's development. It is now a historical monument preserved by the archaeological Survey of India.
From: https://en.wikipedia.org 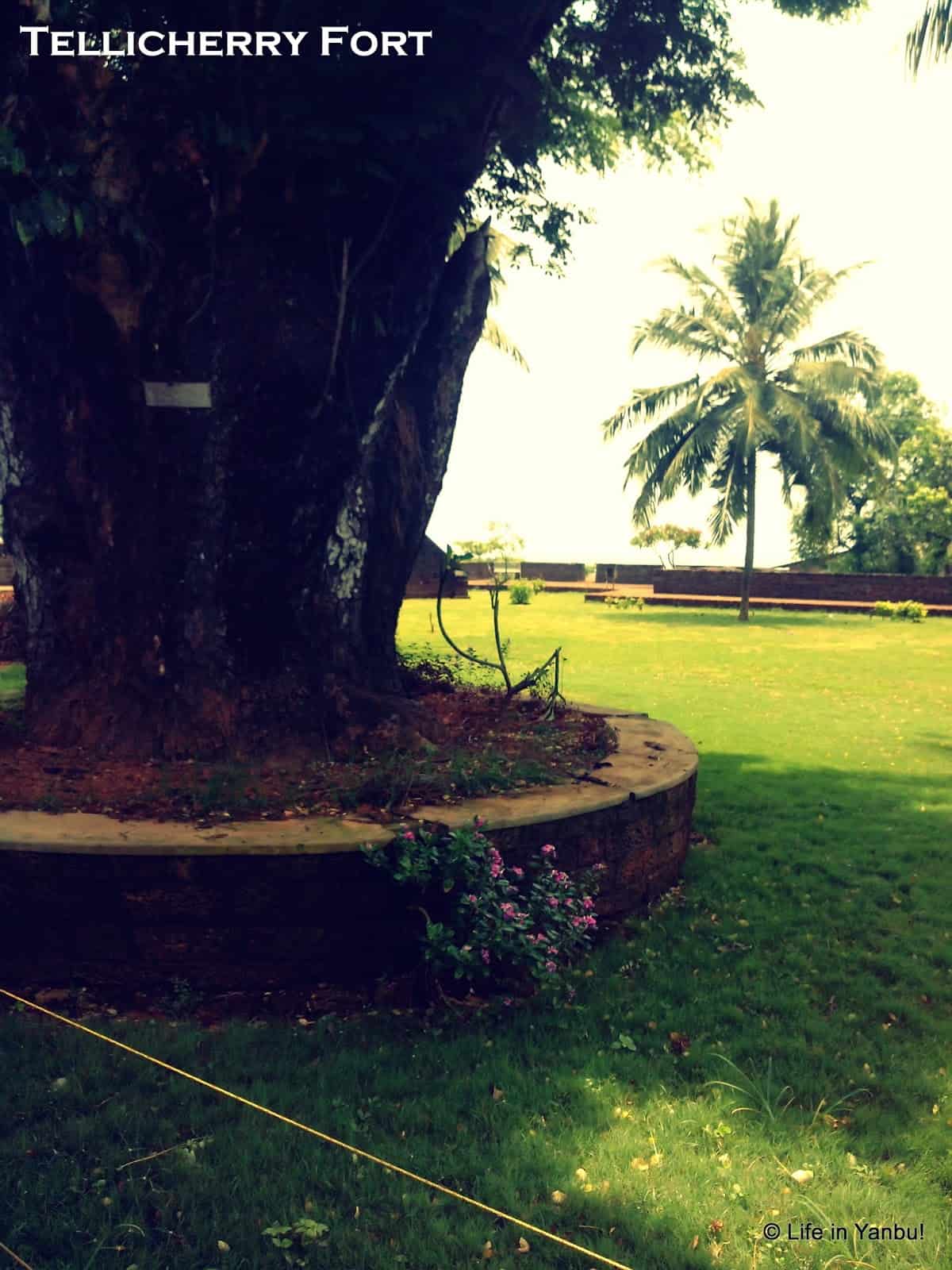 Mom and I like besties got to the Fort in the early afternoon after a sumptuous breakfast of my fav puttum kadala. There was an entry fee counter but no one to collect as it was a Sunday, so it was a free entry for us! Sunday is Strictly a Holiday in Kerala and anyone found working will have to face consequences. pun intended. 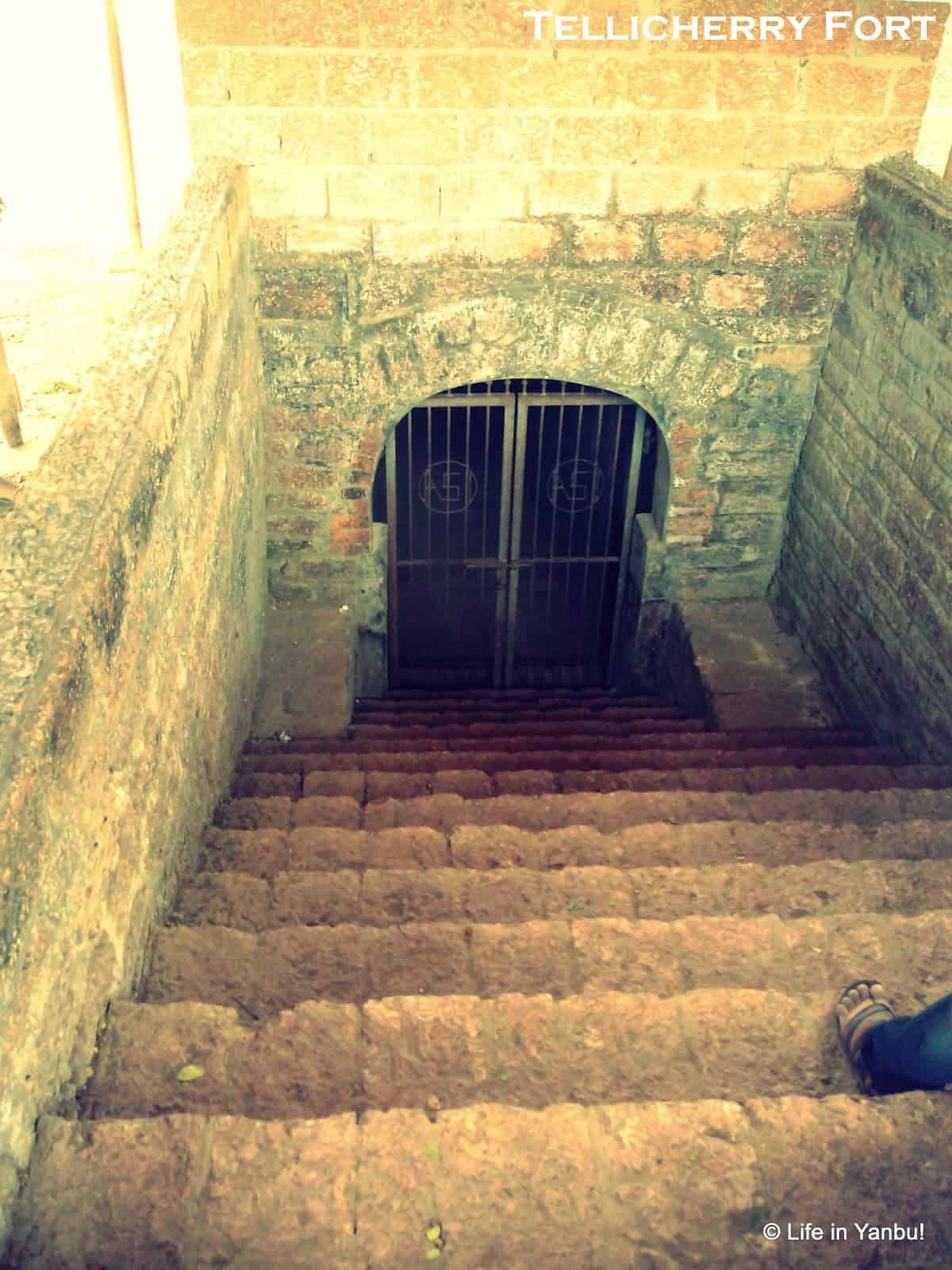 As we climbed up the stairs to the main door, I was so thrilled to touch and feel the structure that has stood the test of time since the 18th century. There was a group of school children in their uniform with a couple of their teachers and a guide. The guide was explaining the tunnel down the stairways that were built centuries ago which actually passes under the sea to a different part of the city. They keep this closed for safety reasons. 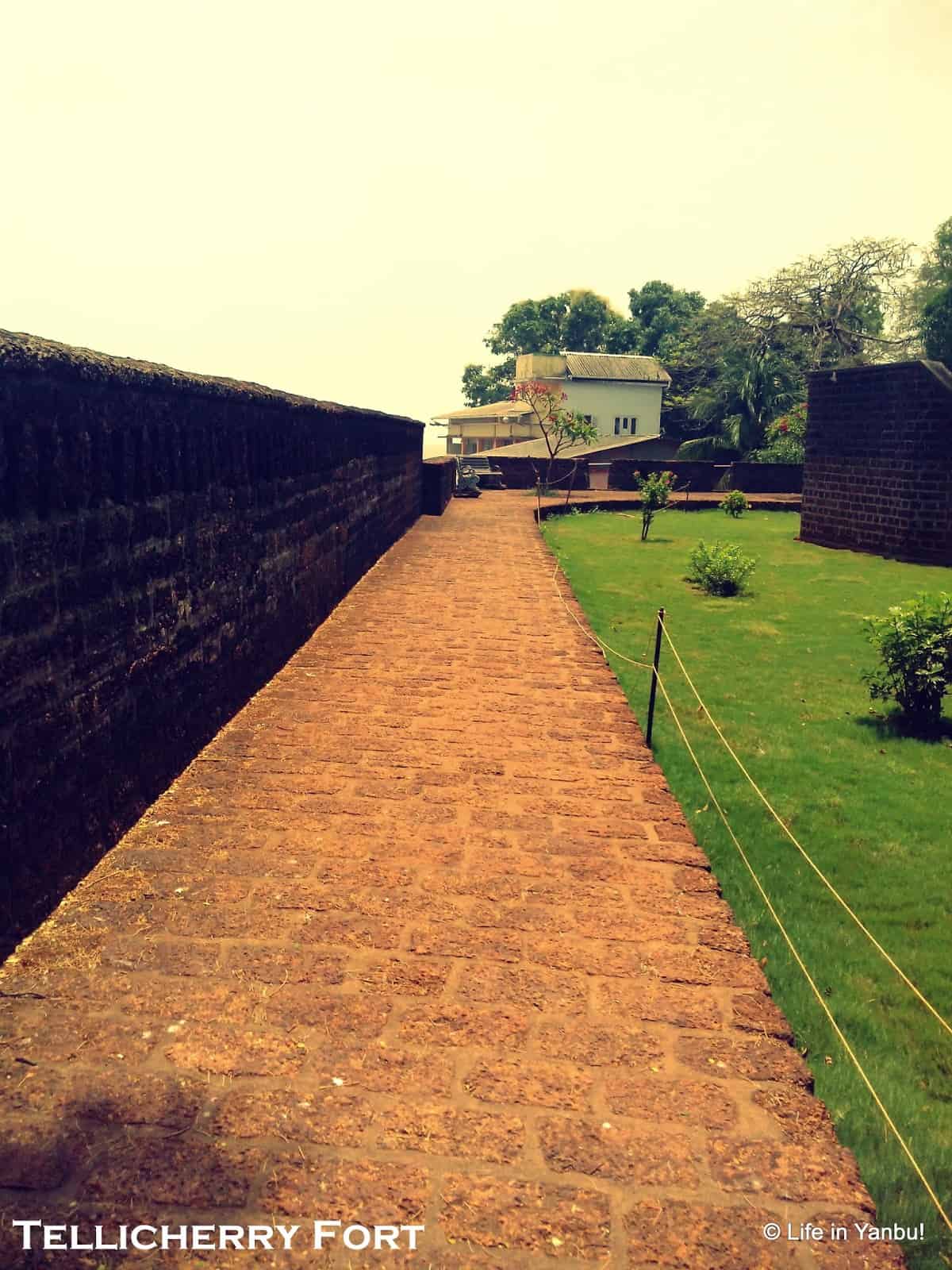 We walked our way around the footpath and were mesmerized at how this structure has lived the test of time. I am glad some good souls ensure the maintenance is done efficiently. The lawns, the garden, and the picture museum inside this fort are so informative and interesting to know. 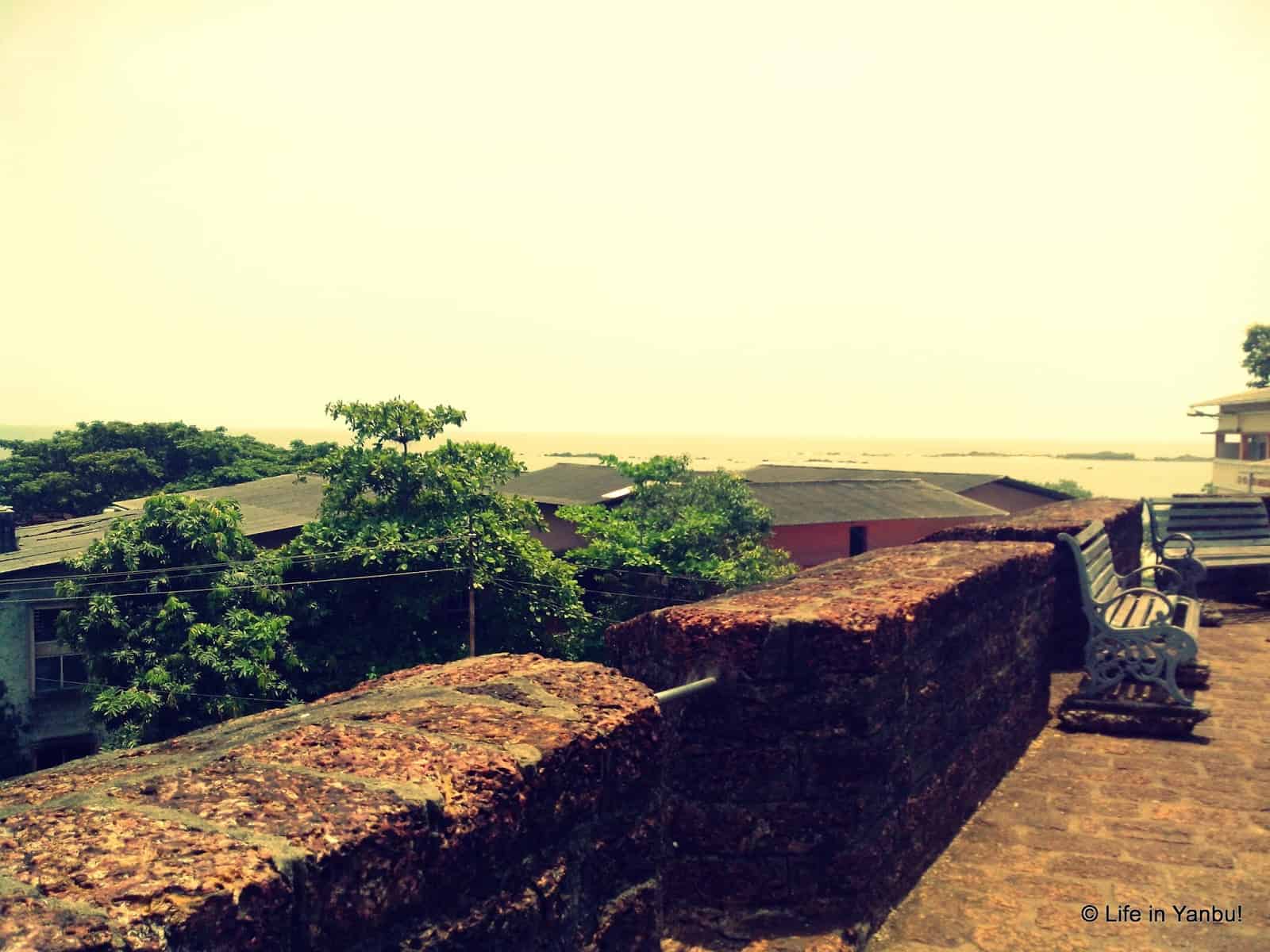 The fort overlooks the Arabian Sea. 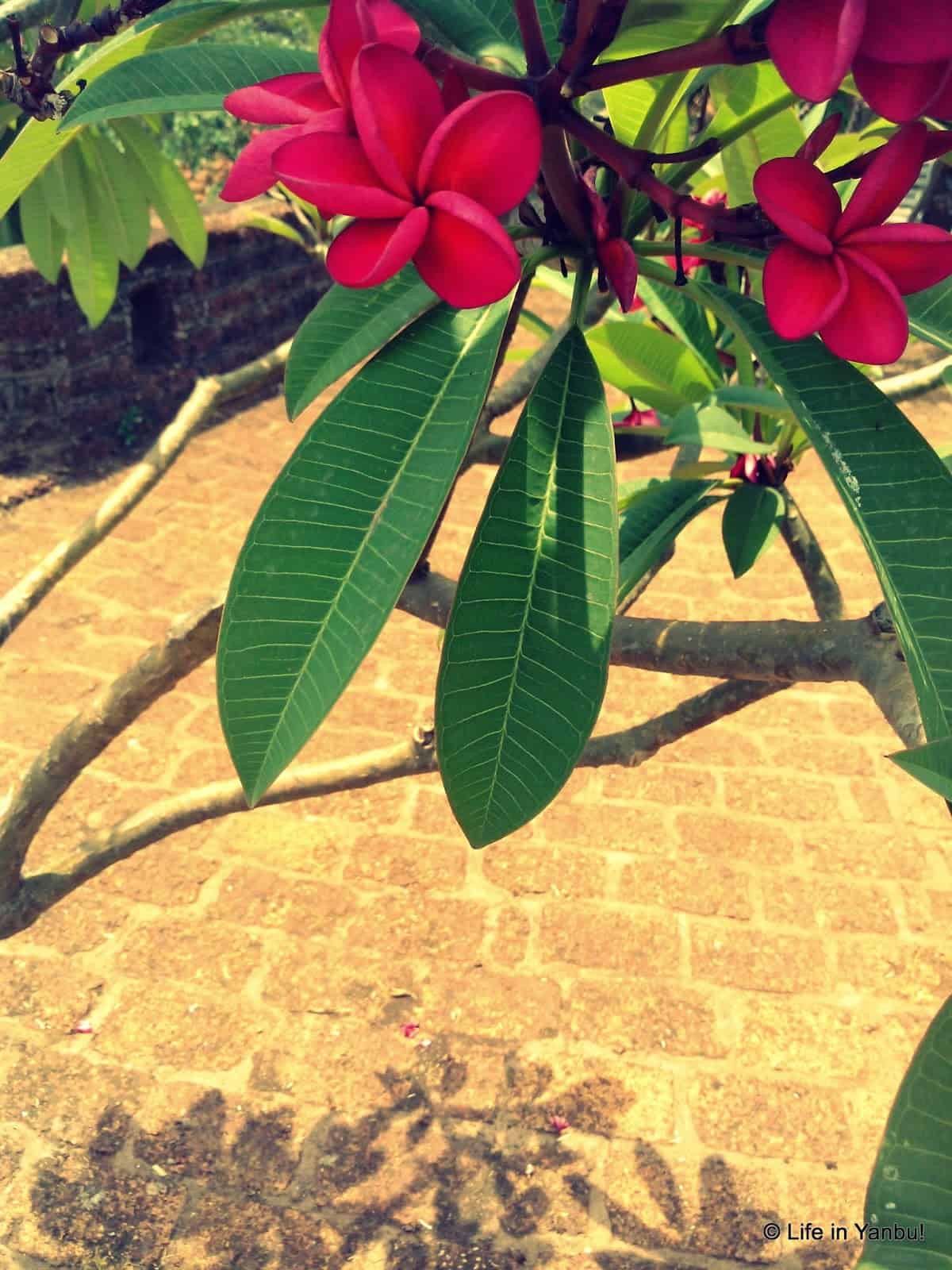 I love Frangipani flowers and this was the first time I got to see this shade of the flower. I love the way they have maintained the garden with plants and trees. 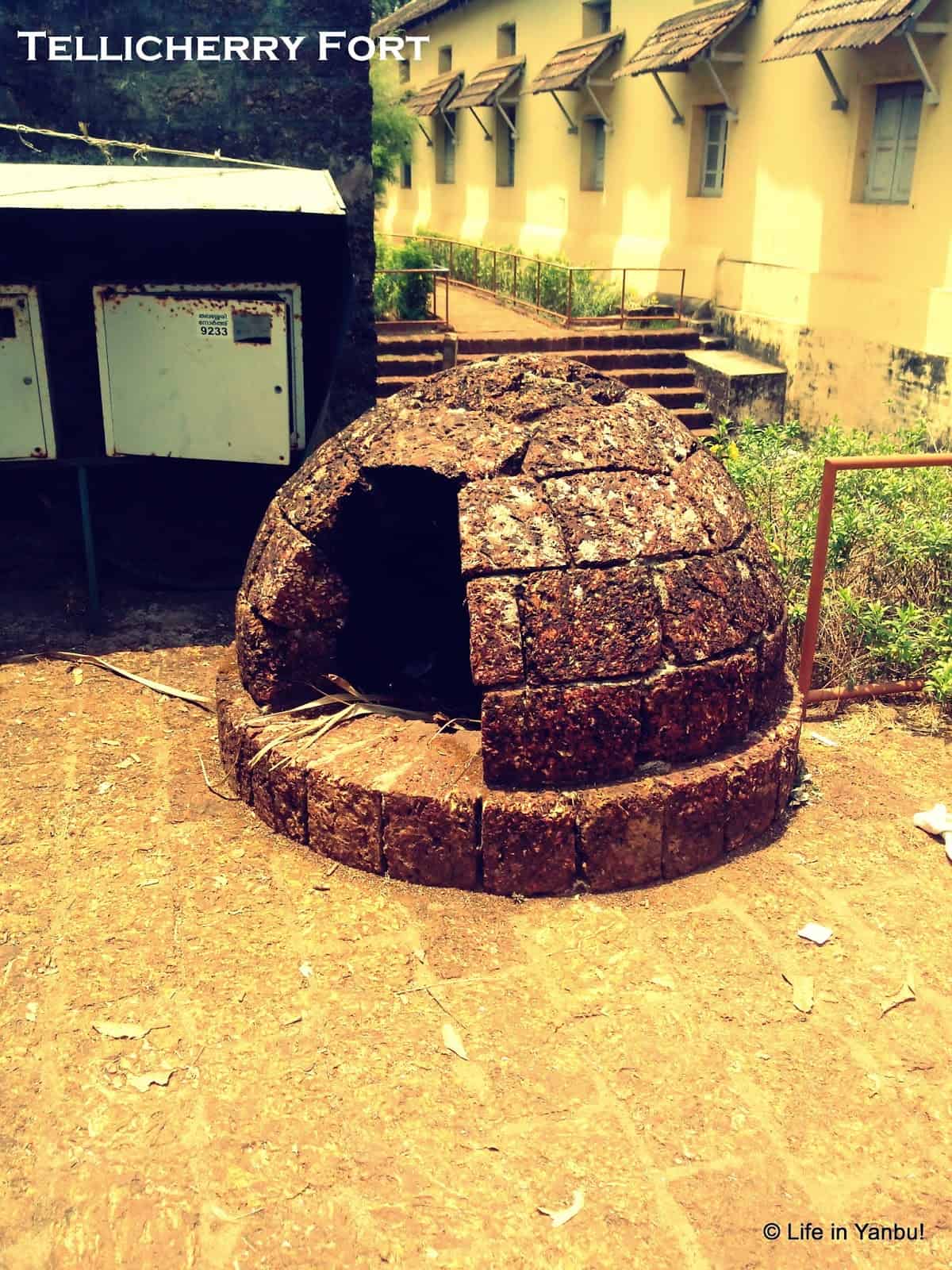 I have no idea what this piece of structure is, I am guessing it must have been some kind of fireplace. We kept walking even though it was a hot day and humidity at its worst, we hardly exchanged words and kept walking at a comfortable pace admiring nature and history. 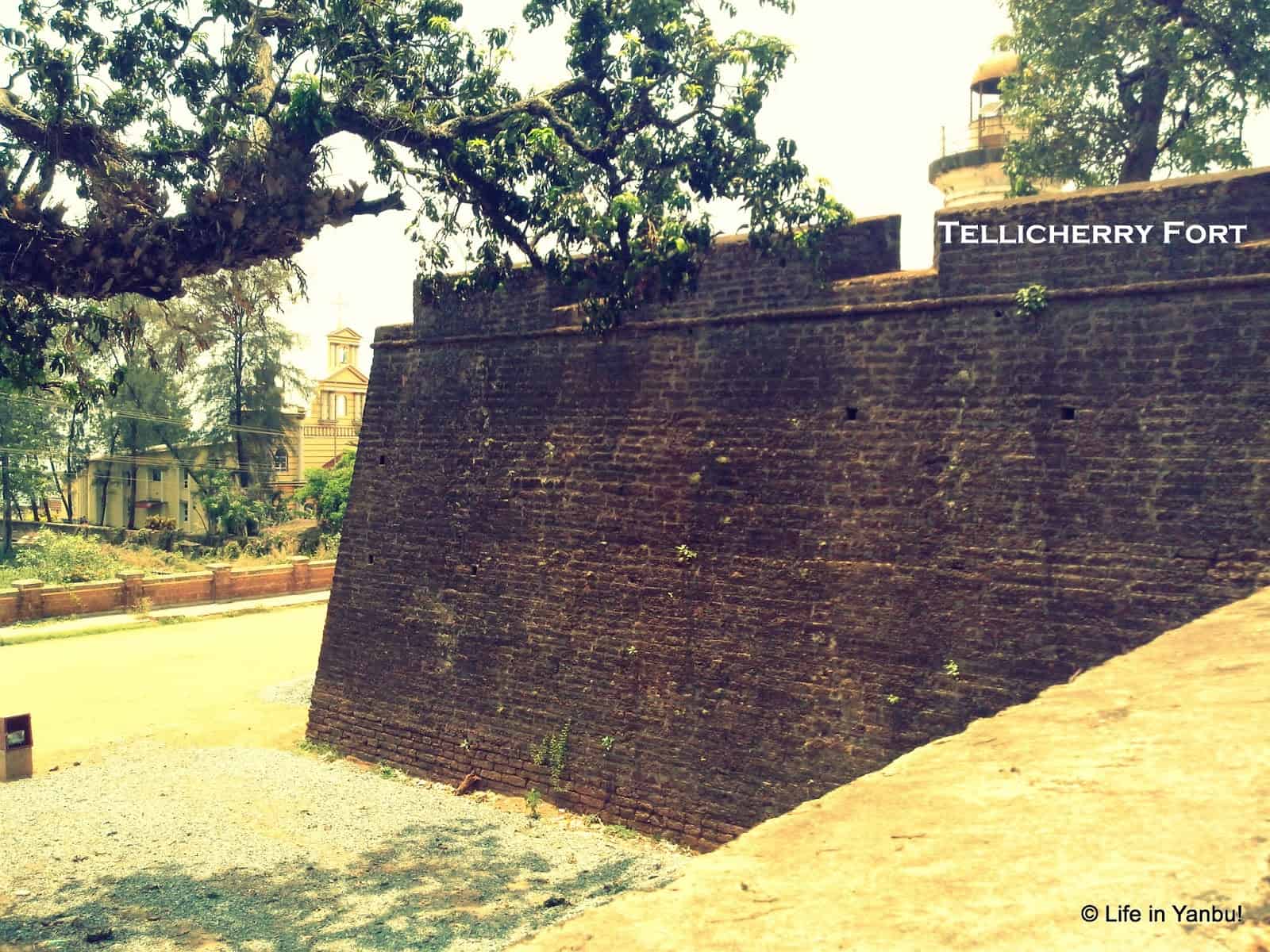 This is a level down from the fort and we were about to climb another set of stairs when I saw the wall and the church right outside it. 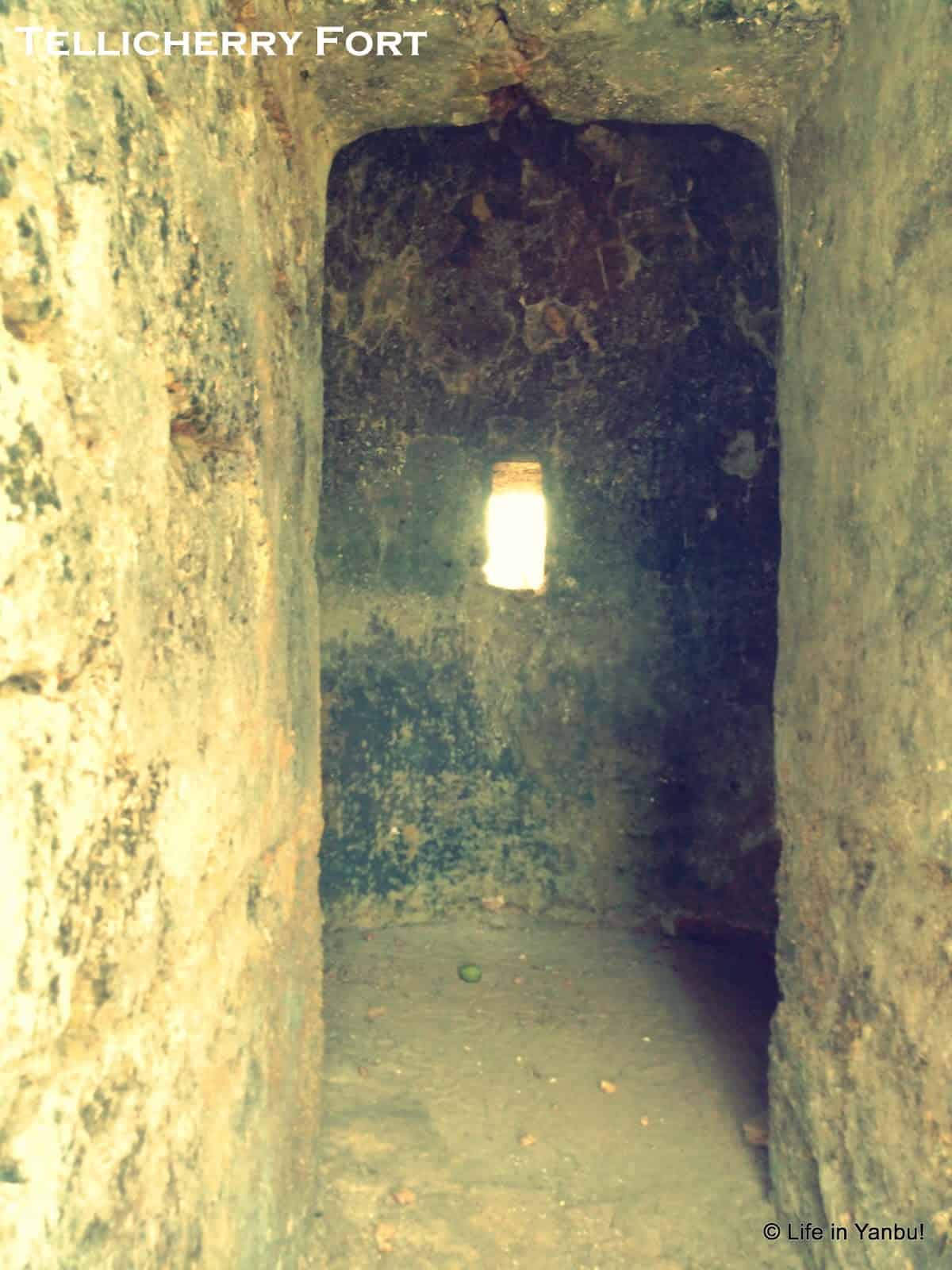 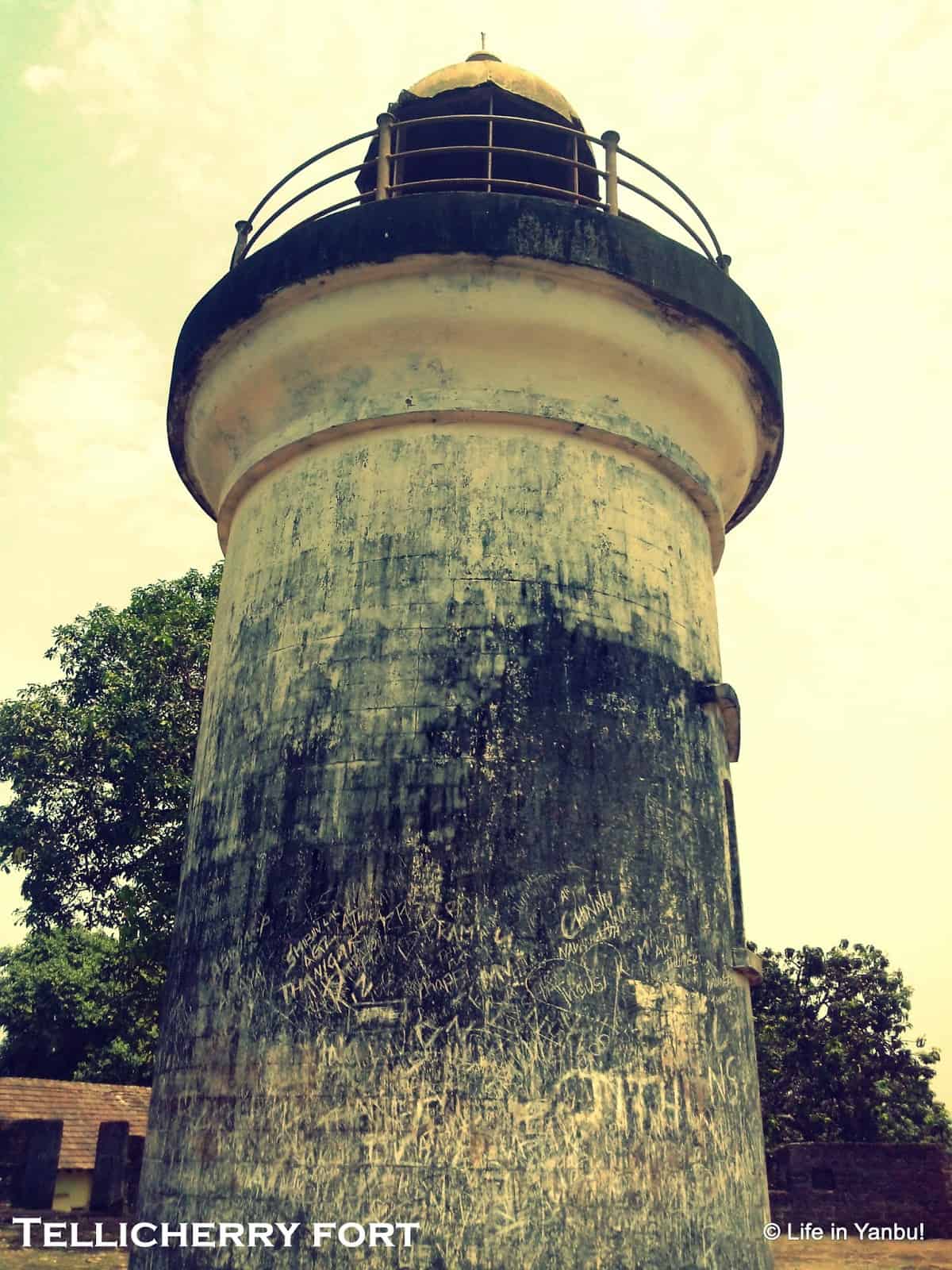 The Lighthouse was built much later. Look how irresponsible people can get when it comes to historical monuments. Never understood the reason why some individuals want to write their name? 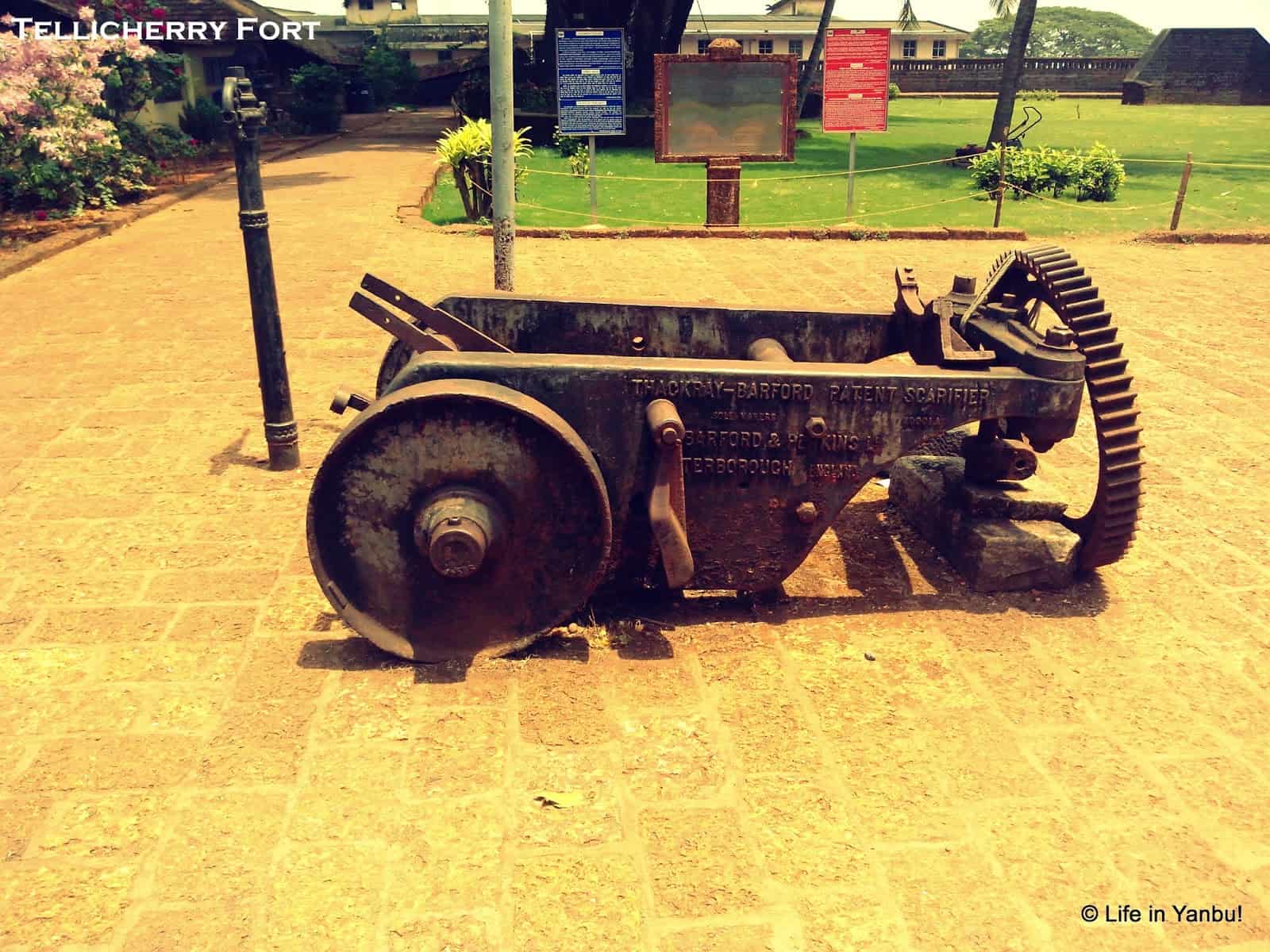 Mom and I spent a good hour here and luckily not disturbed by any phone calls. I was too happy to have had a chance to visit this and my mom equally enjoyed the time remembering her school days. We clicked several selfies and walked our way out. Our day didn't end yet, we went straight to Kwality and had Falooda while I shared the pictures with my sister and brother to make the, J... coz mere pass ma hai! (I have a mom with me)

My dad pinged asking "Overbury's folly?", I said no it's at Kwality! - There was no response.

I thought he referred to some new ice cream shop but little did I know that it is another tourist attraction! My bad!

Next time I want to see Overbury's Folly. Insha Allah.

Have you been a tourist in your own city?

Did you know that the first cake of India was baked in Tellicherry in 1883?

More recipes you may enjoy