I have been away from my blog after Munchin' Monday's post. Now that says why a draft and scheduling of posts help. Nevertheless, I still enjoy writing a post-Live and sometimes it is totally different from what I had planned.

So much happened in the past few days and I failed to appreciate the good things that are happening along. Then this friend sent me a link to an article that just made me feel better. It is not an answer to all the worries, it is not that you can have happiness every day or wonder why you do not have what you always wanted despite "wanting" it with your whole heart. It is how much pain and struggle you are willing to go through to want what you want. Eh! I think I just confused you. 🙂
Thursday - so this time I plan to share a story and through this Thank this friend who quietly makes mountain changes in my emotional health. This post is going to be a LONG one! I am sorry and please read-only if you have the time!
I think sometime in 1996-97, my then-bestie moved out of our school to a different state (in India) and I came to know her only on the first day of my school when I noticed her name was not listed in any of the classrooms. I went back home sad and my mom helped me dial her home phone (in those days no mobile phones :-)) and I spoke to her dad who told me that she moved to her grandma's place and will be living there for the rest of her school life. That means I will not see her again. I asked him for the address and he promptly gave it.
She was a friend I knew just for a year, and we had so much fun together that I could not believe she is gone off without telling me. I wrote a letter and posted it ( no emails those days) and after that every day back from school, I used to ask mom, "Did the postman have any letter for me?". Within a week or two, I received a reply! We then continued to exchange letters sharing our experiences in school, new friends, exams, teachers, boyfriends, etc. A few times we did talk on a Long Distance Call  (that was way too expensive those days). I even met her a couple of times when she used to come to the city to meet her father. I used to frequent the Archies shop to buy colourful letter pads and stickers to make our letters more bling! Print some photos and send them too.
Like every time, I received a letter from her which had another letter inside it with different handwriting. When I read her letter she had mentioned that she spoke about our letter exchanges to her friend and classmate M and that M wanted to write a letter to me. Wow! that's a classic Pen friend idea! M's letter was a very short one which I still remember that she wrote during a classroom session hiding from the teacher. 😀
We exchanged letters, greeting cards, photos, birthday cards, etc. We never met or called over the phone. She moved to the gulf and continued to write letters and that just got me educated on international postal services and how Postal stamp values differ for each country or something like that. The Internet came in, and snail mails were diminishing but we continued to write letters. Somehow we lost contact after I stopped receiving replies from both of them.
We got busy with college and life as such. I got a job and moved to Bangalore around 2004. At that time, Orkut - social networking was a hot thing! Both of them remained on my friend's list with the least or no interactions. Then in a few years, Facebook was born and we promptly added each other to Facebook too. And we wish each other on Birthdays as Facebook used to remind us.
And guess what! M was in the same city! I tried reaching out to them but M was very silent and my other bestie even got married I felt bad how life changed and g with that our circle of friends also change. They continue to be on my Facebook where my bestie occasionally comments on my pictures but there were no interactions from M.
We tried to meet up and after a few attempts of making a plan to catch up, I gave up. I moved job and the new office was far from where I stayed. It was a locality I was new to too. There was a gym close by and so I joined there and started working out post office hours. But it was not easy to get back to my room after the gym as it was getting late and tiring. So I planned to look out for a room in the same location like the office and gym. This decision was huge, moving from your comfort zone to a new place is tough. But at that point, I was looking for convenient ways to work and work out.
One day, I was working out on the cross trainer, when I saw this girl walking in and talking to the receptionist. I have seen her somewhere the thought going on in my head. It's M, I know it is M, I have seen her pictures on Facebook! I got off and hurried to her "You are M right?" We did not hug and cry or anything... I felt it was a little formal and awkward. In that short conversation, I knew she lived in the same area and so I asked her if she could help me find a room. We exchanged numbers and parted. 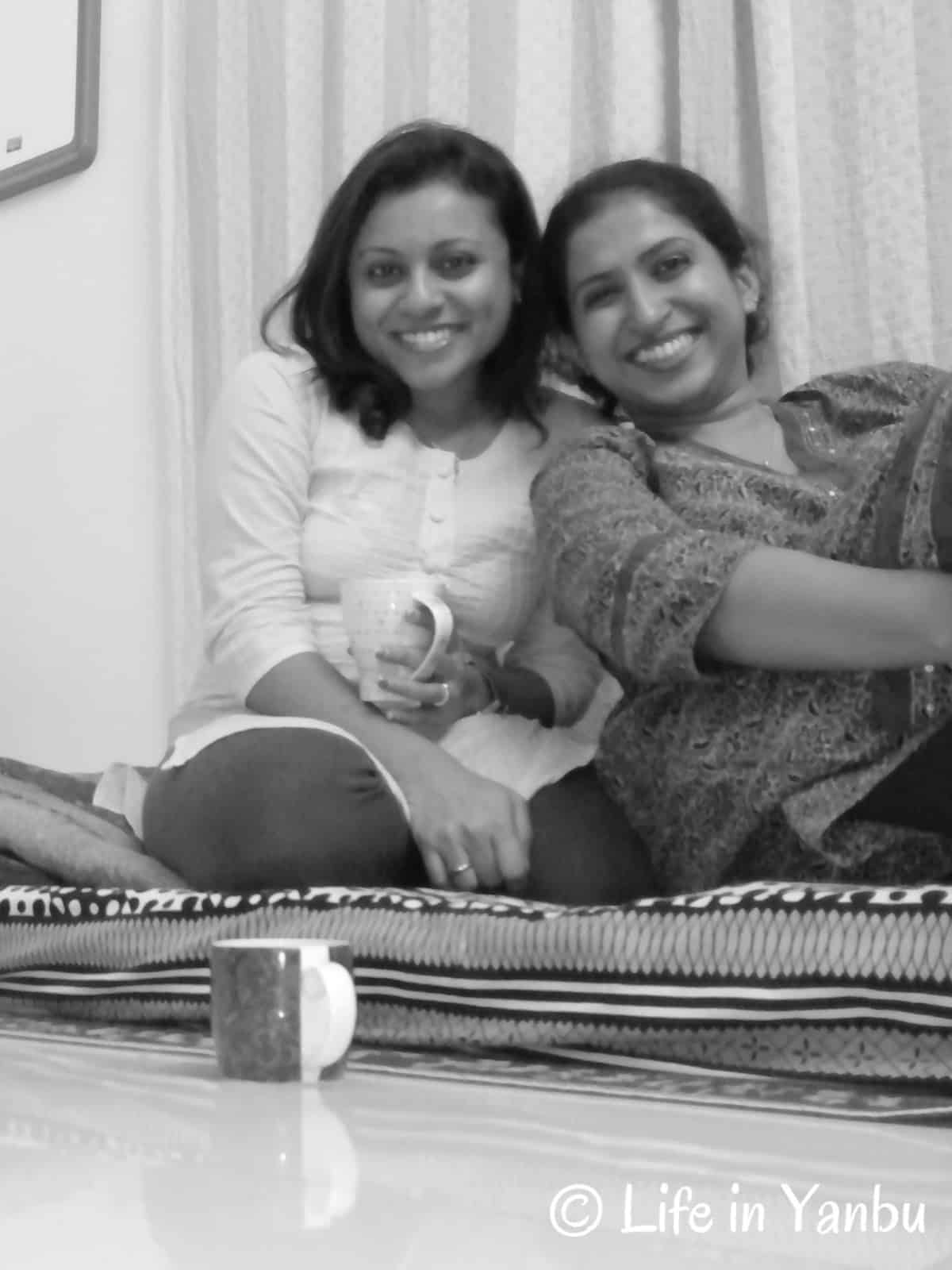 At this moment let me tell you, I was kinda alone as most of my friends were either married and moved out or moved out of the city. My only friend then was my boss J. I cant always hang out with my boss, right? So yet again, I was so thankful to Allah for always having the best plans for me.
It's only after we went our way, I realized what a big thing happened - I met my PEN FRIEND after all these years and that too accidentally. I called my parents to share the news and I was sooooooooooo happy! I think it was sometime around 2011 April. The next day she arranged to show me a room in the same lane where she lived. I took it up and moved in the very next week.
She introduced me to her set of friends and we did a lot of catching up on each other's life. In a  few months, we moved into the same place and we cooked, watched horror movies, cried, laughed, shopped, went late evening walks, fought, gave silent treatments, surprised, listened to each other's rants, indulged in dining out, went on diet, went to movies, breakfasted together, walked a hell a lot, decorate our rooms during Xmas, shared a cycle, etc. Before we knew it was more than 2 years. She was like this strict teacher who actually reprimand me if I lose control and eat a high-calorie pastry or ghee-roasted chicken etc. We both are totally different, in our tastes, choice of clothing, shoes, etc. but we laugh so much that I can never be angry with her for too long. 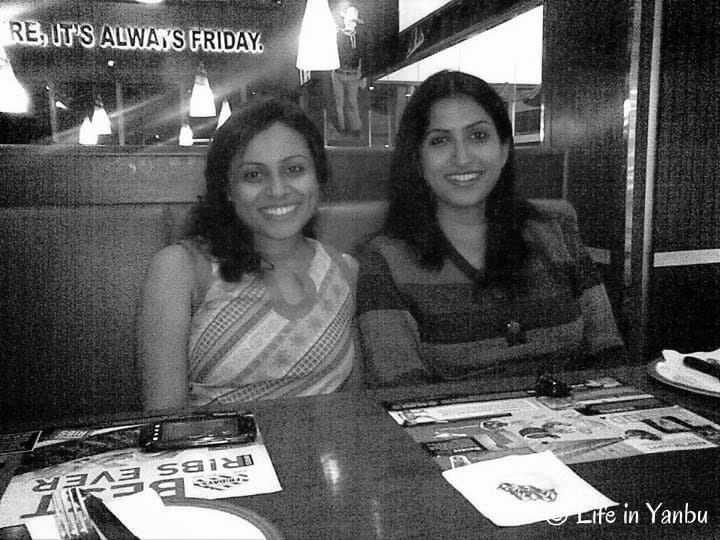 I then brought all her letters from home town (Yes, I am that kinda girl, keep every scarp safe and treasured) and we read them together. Hilarious! They were all so funny when we read them now.
She got engaged, and shortly after that I too got engaged. We promised to be part of each-others Day. I made it for her engagement and wedding, and never thought she would be able to make it for mine. Because my wedding date was not getting fixed at all and she had plans to move out of the country to be with her hubby. Thankfully, she made it both for my engagement and wedding. She was there throughout my hard times and happy times. If I need genuine feedback or advice I just have to ping her now... even without her knowing she shares exactly what I would need. 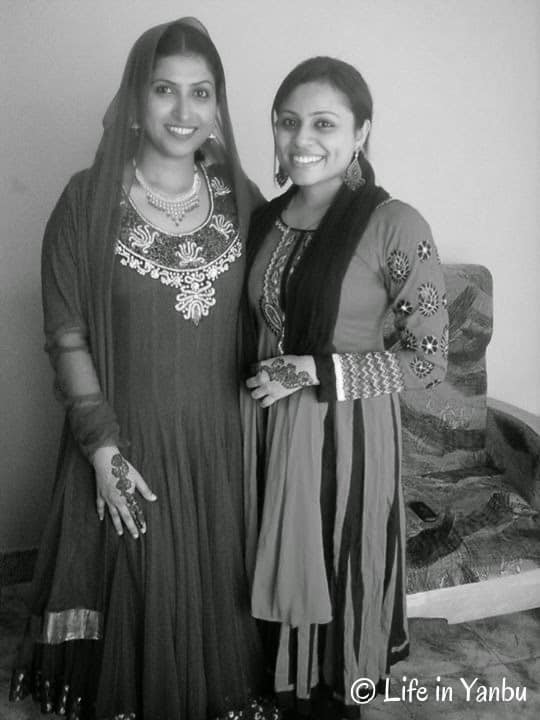 I am glad she came into my life as a Pen Friend and went on to be that special friend whom you can hate for the sharp words that she easily lets out but love for the genuine concern she has for me. She can never sugar coat words, if the truth is harsh, it is harsh there is nothing sweet about it. We are now far apart geographically and connected through the internet, I hope there is not going to be a disconnect ever.
Thank you, M, for being my special friend.
Now, do you guys also have a similar or interesting story?
I was inspired to share after I read about Sarah and Kate. I stumbled upon their blog looking for cupcake recipes.

More recipes you may enjoy