With just a few simple ingredients, this blackberry chocolate no-churn ice cream recipe makes a yummy cold treat. Don't have blackberries? You can replace blackberry with any other berry of choice and the best thing is this recipe works great with fresh or frozen berries! Not your usual one bowl and whisk method, this recipe does involve a bit of work but you will not regret it! Trust me. 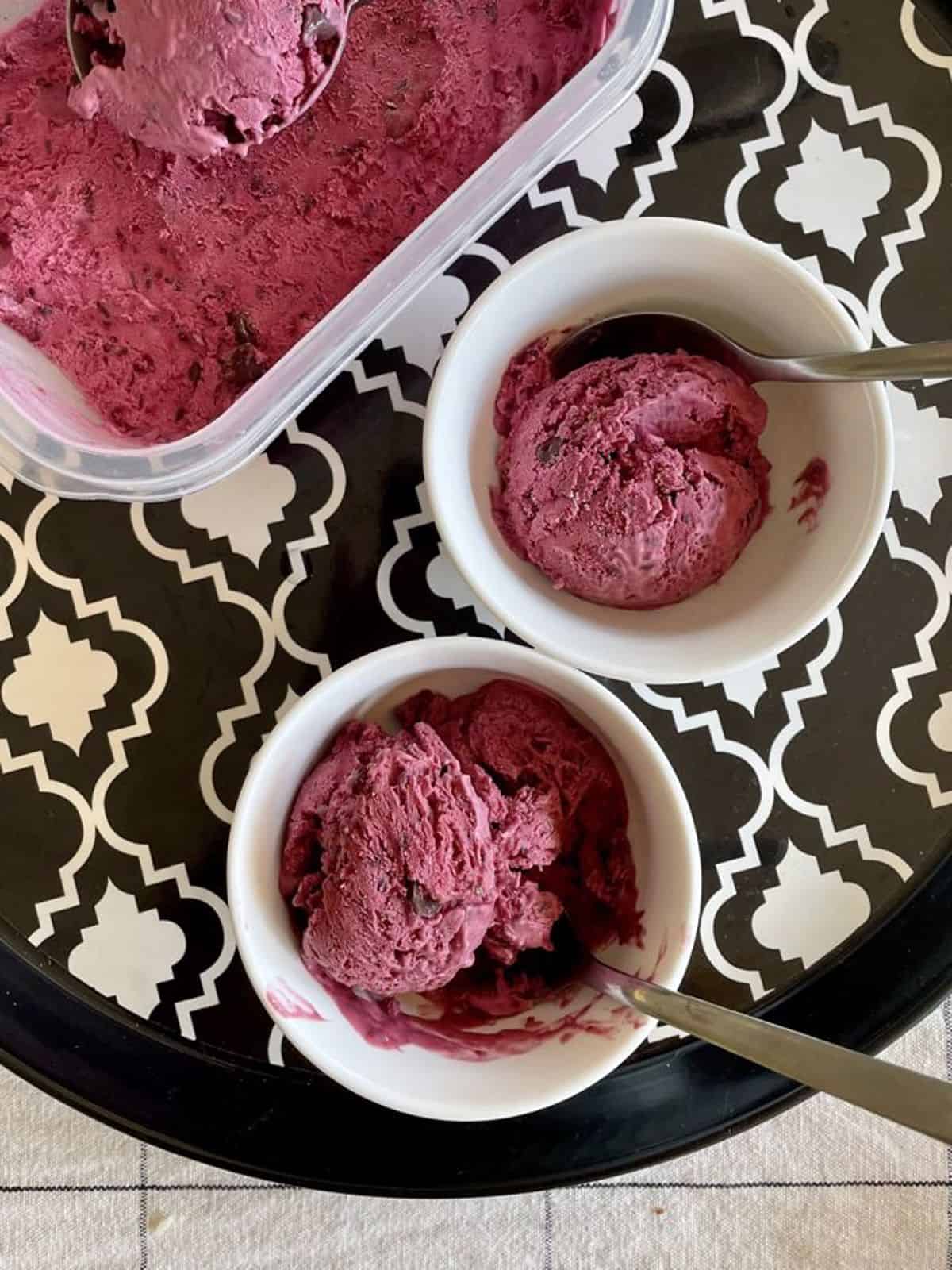 November 2021: Updated the contents, recipe and images of this post which was originally published in 2015.

No-churn ice cream recipes have evolved since my first attempt in 2015 which is not very long ago. If you have been making no-churn ice cream but end up with ice crystals and hard to scoop ice cream that also melts too fast then you need to upgrade to this recipe!
I learnt two lessons from Nagi of Recipe Tin Eats on no-churn ice cream making. 1) cook down the fruit and 2) use baking paper to cover the surface. I tried with mangoes, strawberries, blueberries, fig and with berries I have tried both fresh and frozen. This technique works like a charm! I have tried this recipe both with fresh and frozen blackberries and the only difference I noticed was the frozen version was too seedy. It would be a good idea to sieve the cooked down berries to get rid of seeds. I guess it could be a quality factor, but fresh berries are the best choice to make ice creams.

Tagging a recipe as homemade is to say this is better than store-bought but it may lack the lustre of an upscale fancy restaurant. But I can assure you, this recipe will produce the intense flavour that will blow your mind!

If you ask why your whipping cream is not whipping to a stiff peak, then you should know these tricks:

Unlike a traditional ice cream recipe where sweetened cream and eggs mixture is churned in an ice cream maker, no-churn recipes rely on whipped cream and sweetened condensed milk. The churning process aerates the mixture making it light and fluffy and stopping icicles from forming so the ice cream is creamy. We replicate the same with whipped cream for fluff and sweetened condensed milk for the cream.
The duo base of condensed milk and whipped cream can be upgraded to flavour variations that can be stirred through (like nuts, cookies, choco chips, dried fruits)  or infused (like cinnamon, vanilla, ). But once you decide to add fruit purees – the addition of water-based ingredients affects the creaminess of the ice cream. I just thought that it is how far a homemade ice cream without an ice cream maker can get to. I made myself believe that the icy, hard to scoop, melting too fast are given in no-churn ice cream. I was wrong!
Remove the moisture from the fruit by roasting or cooking it down and you have a concentrated pulp that will intensify the flavour and the colour of the no-churn ice cream. An added step, but you will not regret it at all. And if you are like me, you will never go back to making no-churn ice cream the old way.

How to use frozen berries to make no-churn ice cream

Thaw the frozen pack as per pack instructions. Do not discard the juice. Use all of the content to cook down or roast. 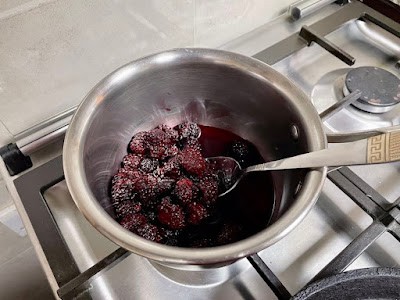 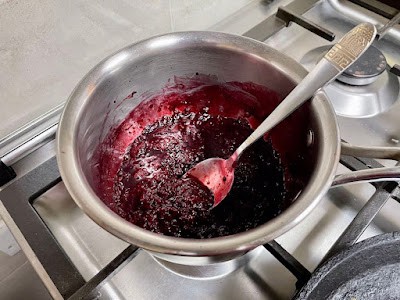 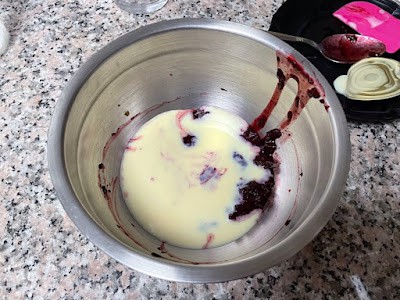 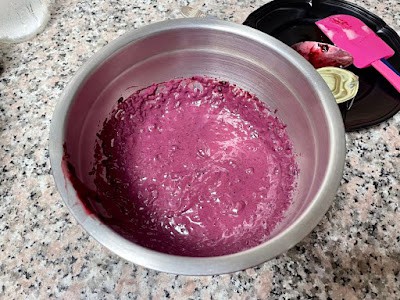 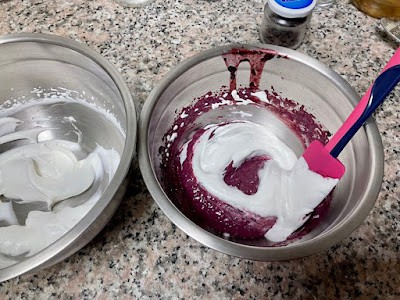 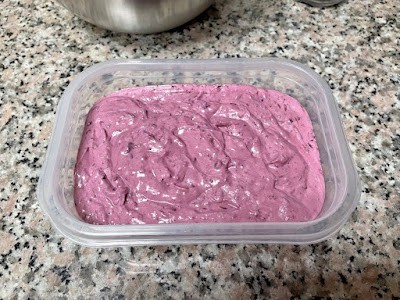 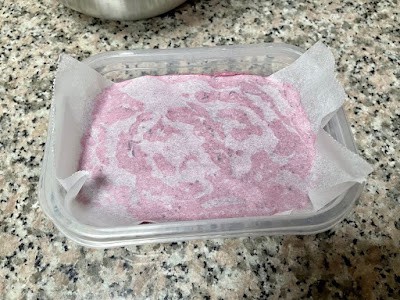 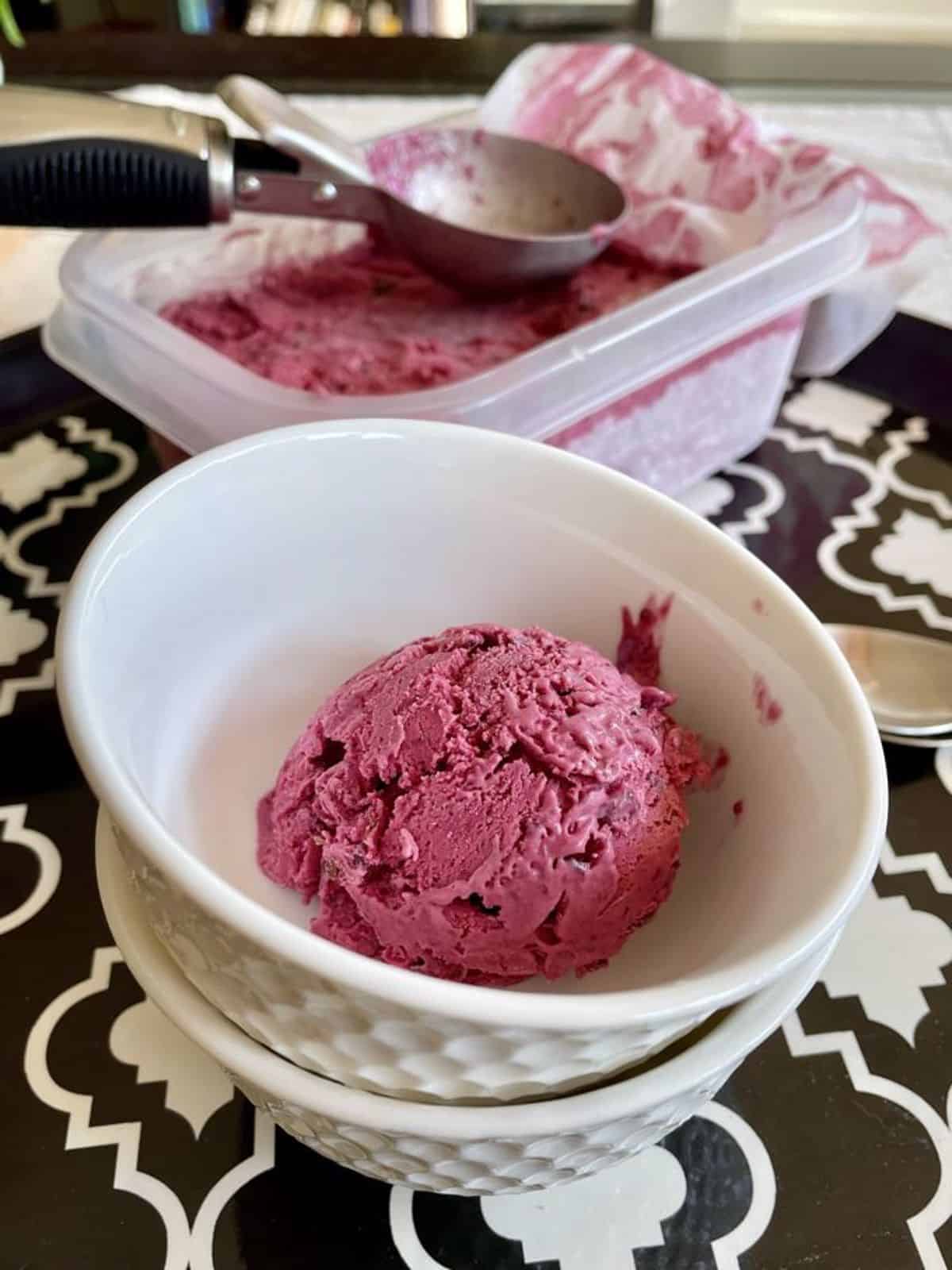 If you’ve tried this no churn ice cream recipe or any other recipe on But First Chai, then don’t forget to leave me a comment below! I would love to hear about your experience making it. And if you snapped some shots of it, share them with me on Instagram so I can repost them on my Stories! Thank you!