As part of the MENA Cooking Club, this month we are sharing Yemeni food! The dishes included in the challenge were:

I was hoping to see Malawah, my favourite Yemeni flat bread that we have most Fridays for breakfast on the list. I have mentioned about it a few times in my blog and am still trying to master it healthily as it uses loads of butter! But for this challenge, I chose to go with Jabeez as Red Bean Stew or Fasoulia didn't make me want to do it.. and the dessert, Khaliat al nahl is a honeycomb-type cake that I wouldn't be able to pull off without an oven. So Jabeez it is! 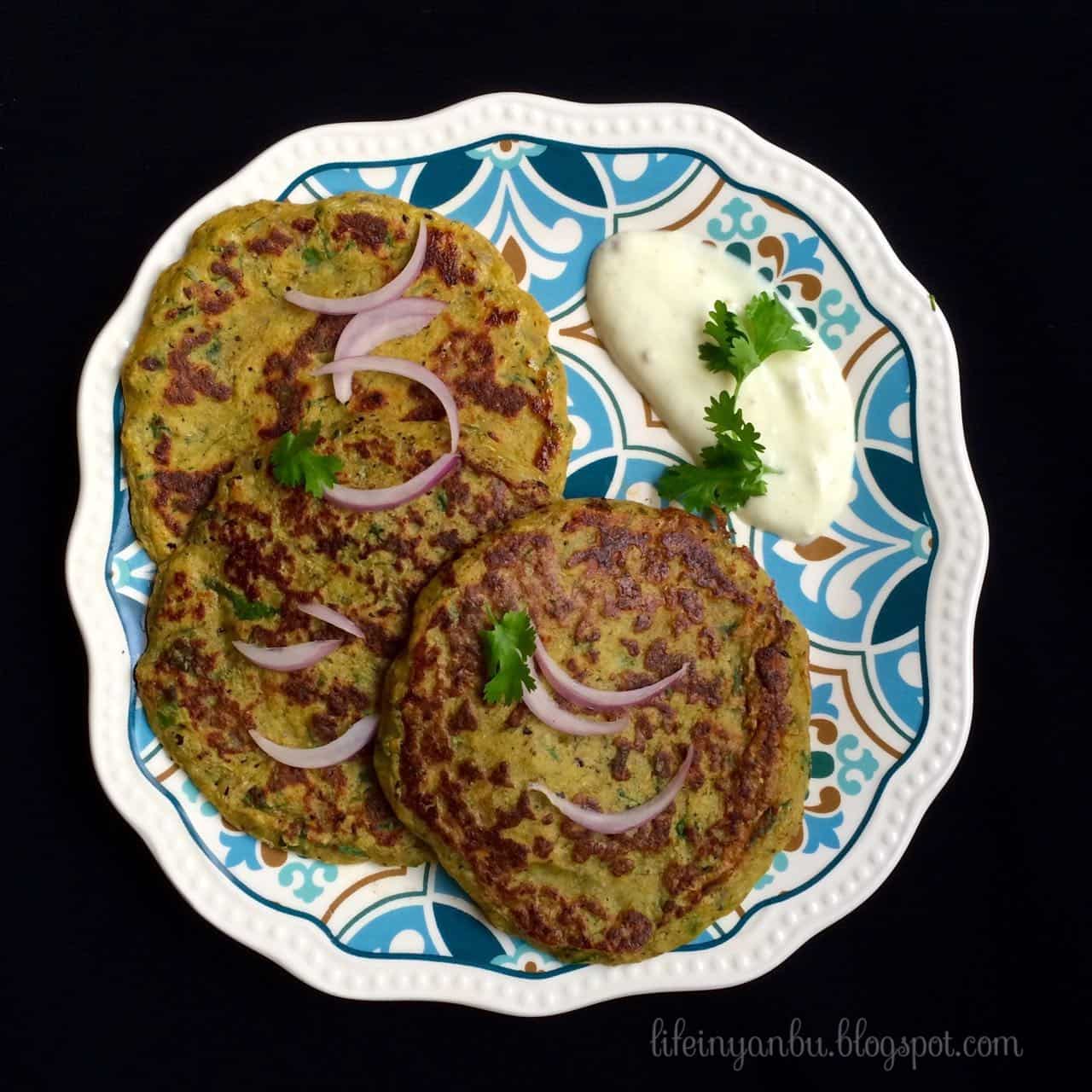 I kept postponing making Jabeez hoping to find more recipes on the internet that will help me get an idea. Unfortunately, I did not find much about Jabeez so went with the only blog that had this recipe and adapted it with a few changes. The original recipe reminded me of Adai, a south Indian savoury pancake. It is similar to Adai but here we use legumes instead of lentils and here there is yeast which is not added for Adai.
According to the author of the Yemeniyah blog, Dr Lamya Almas, Jabeez is eaten in Aden, and nowhere else in Yemen. Guess that answers why this recipe is not well known. Honestly, I was apprehensive to make Jabeez as F did not relish Adai and also it was a green colour which kinda does not appeal to him at all. So I made less than the original recipe but added the whole egg and also yoghurt hoping to avoid too much yeast odour which can be a put in the early morning!  😐
I made this on a Friday morning instead of our usual Malawah, but had dosa batter as a backup plan! 😛 But when I served one jabeez fresh out of the pan he loved it and we both were surprised. I got 8 pancakes sized Jabeez that I served with yoghurt sauce. It was all over in no time. This recipe is a keeper and I am sure this can be made with other similar legumes too. 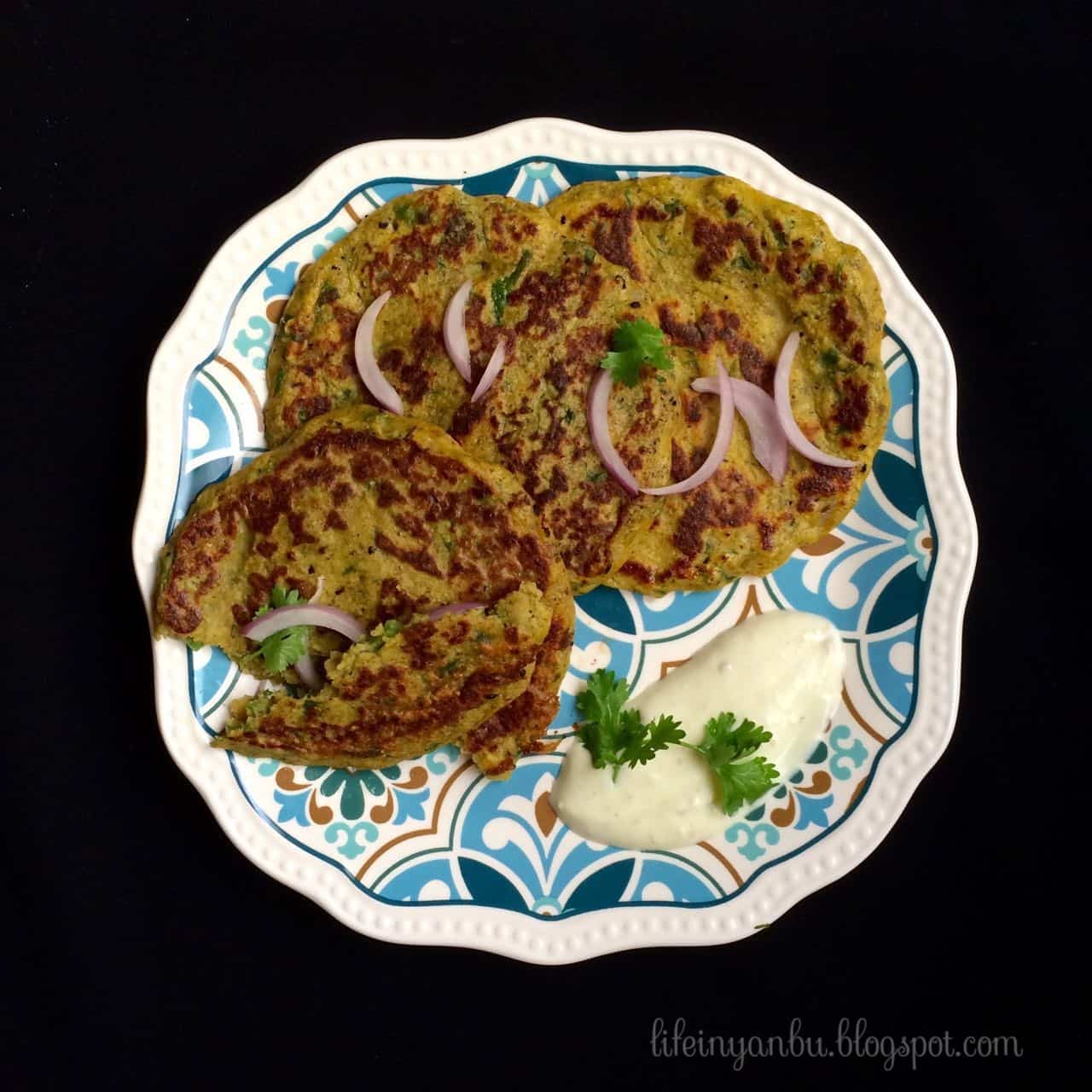 Yoghurt and yeast together in a batter give soft and fluffy bread and I was surprised it acted just like pancakes while it was getting cooked. Had to click pictures in a jiffy as a hangry man was waiting and didn't even realize the iPhone was set on Square! Has been happening to me quite often these days. 🙁