This one gave me a hard time but nothing is impossible! Presenting, Moroccon Msemen and Meloui from a kitchen in Yanbu! 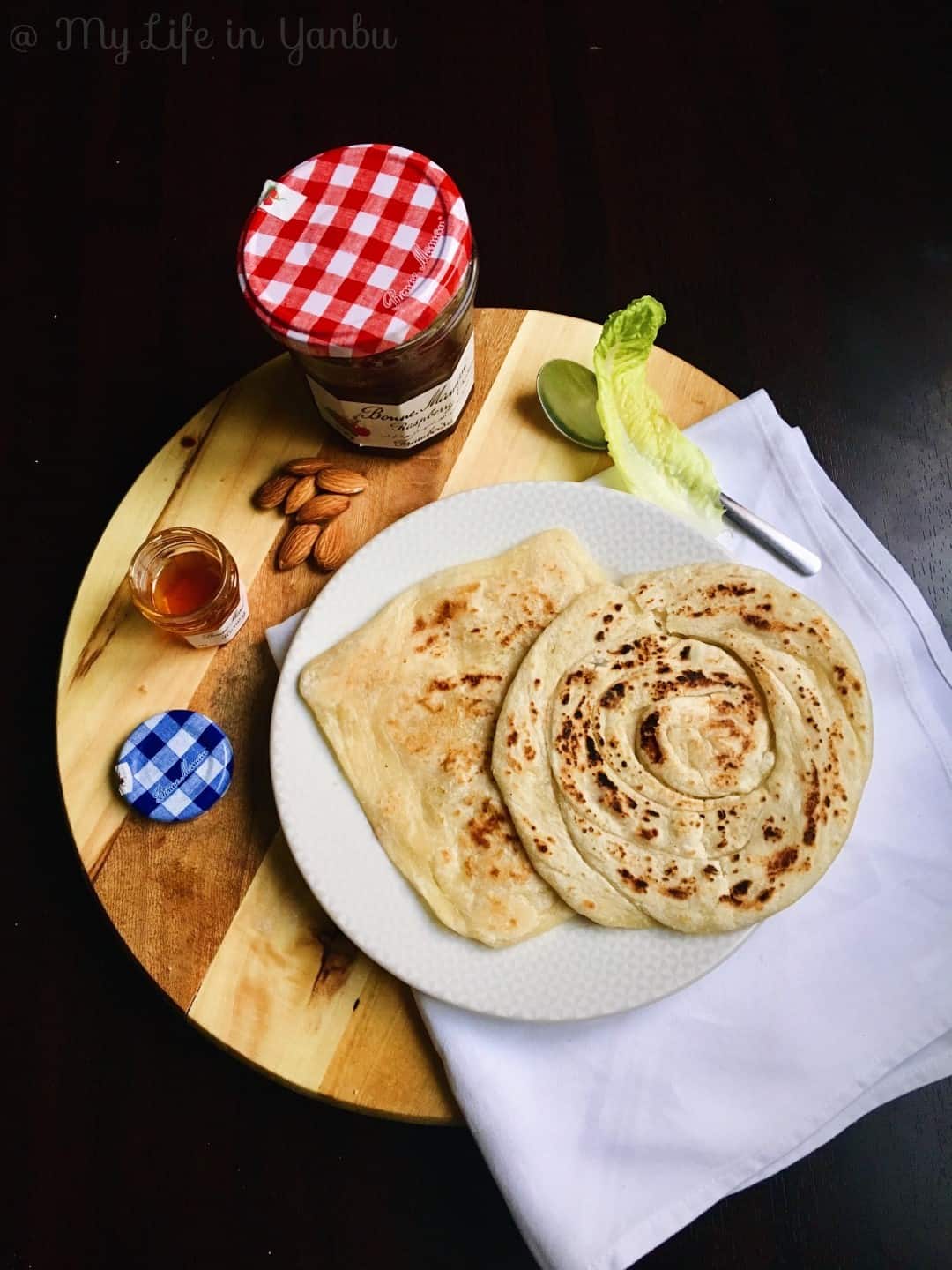 When I first saw the making of the Msemen video, I was like – “this is insanely tough and why not fold like porotta or laacha if layers are all that we need?” But having done it more than once, I learnt two things – one, you can achieve the desired results with different approaches or even healthier versions by stripping off some main ingredients – but then, it would be better to call it something else. Right? Two, as an outsider, I need to first respect the culture and tradition of the cuisine I am attempting to recreate so it would only be fair if I try their true form. Agreed?

Rafeeda from The Big Sweet Tooth who you all know is my BBF on the web has been asking me to be her guest ever since she shared the delectable Qubbani Ka Meeta on my blog. Btw, that was a year ago for my blog’s first anniversary and the second is around the corner :-).

At first, I thought she was just being too kind and so really never thought of doing it as I lacked the courage or confidence to showcase my work in her recipe sanctuary! For any recipe that I want to try, I first check her blog, and if it is there – then there is no looking back! That is how much I love her space and her collection! 😛 But last week, she kinda gave me an ultimatum and said that she would stop visiting my blog, reading and commenting! 🙁 I thought she was just joking, but she demanded I give her a guest post asap. I begged and pleaded with her to stop harassing me but eventually, to save myself and my blog, I agreed to do a guest post for her. 🙁
You know I was kidding! Didn’t you? 😛
Now, do me a favour and visit Rafeeda’s sanctuary right now and read more on what I had to share! 🙂Inspired and Adapted from:
Ma fleur d'oranger - Modern Folding Method of Meloui
Fatemahisokay The Cooking Channel - Traditional Folding Method of Meloui
My Moroccan Food